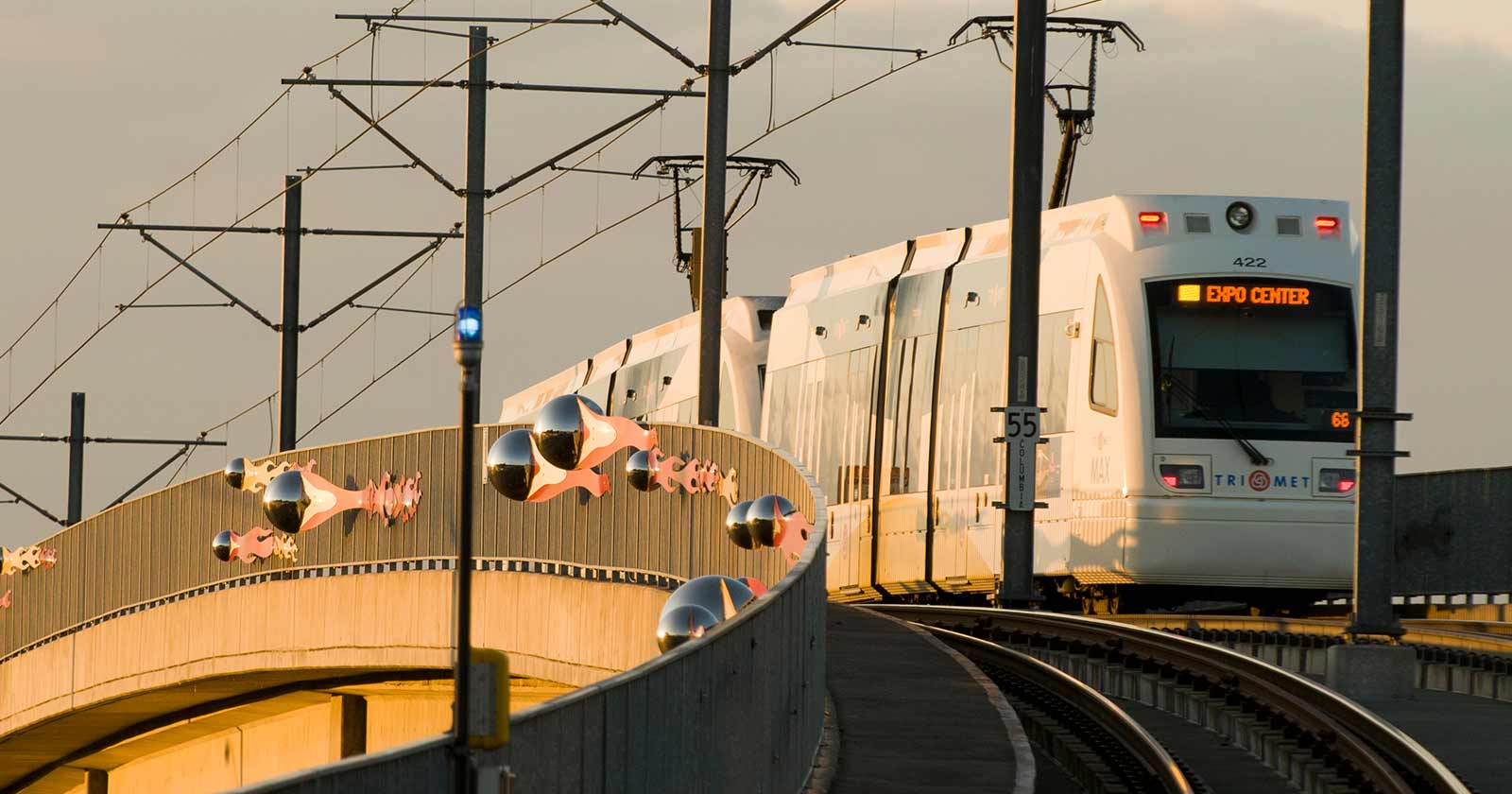 *If excessive heat is forecast for several days in a row, all MAX lines will be delayed as trains will reduce speeds in higher speed areas at 90 degrees.

All lines reduce speeds to no more than 35 mph. Expect up to 30-minute delays.

Due to excessive heat and high overnight temperatures:

WES will be delayed at 100 degrees, and will be replaced by shuttle buses at 105 degrees.

Trains reduce speeds to no more than 40 mph. Expect up to 10-minute delays.

Find cooling centers around the region:

Why do trains sometimes have to slow when it gets hot?

The overhead power wires on the MAX system are made of copper, which will expand and sag as temperatures soar. Counterweights help keep the wire taut, but in extreme heat the wire expands so much that the counterweights hit the ground, allowing for the sagging.

What has TriMet being doing about this?

Transit agencies build their light rail systems for the average operating temperature of their region. Here in Portland, MAX was built to work best in a relatively mild climate, with average temperatures ranging from around 40 to 70.

As our summers have heated up, we’ve made adjustments to keep MAX running. We’ve been replacing the original rectangular cast-iron counterweights with thinner round ones. This allows the counter-weights more space to drop before the overhead power wires start to sag.

We’ve also worked with Portland & Western Railroad to keep WES trains running at regular speeds longer. Crews stabilized the rail and the bed underneath them by replacing the ballast, removing vegetation and elevating curves. Those improvements, along with installing Positive Train Control, mean WES trains will not have to slow down until the thermometer hits 100.

What else do I need to know?

When the temps soar, we encourage you to stay hydrated and plan ahead. All our buses and trains have air conditioning, but when waiting for a vehicle to arrive, stay in the shade if possible. Check trimet.org/alerts before you head out and sign up to get alerts delivered to your inbox or phone.