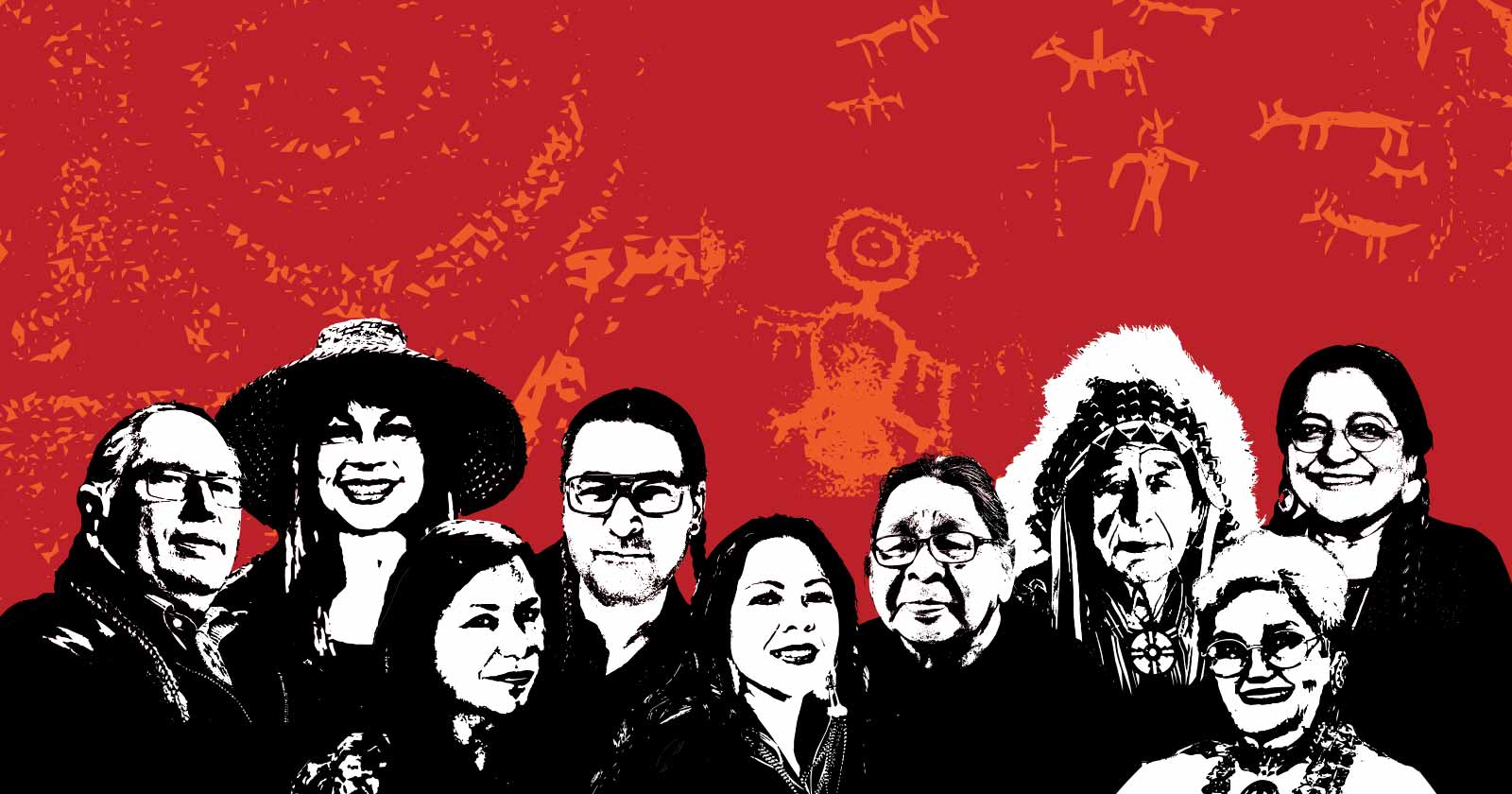 We’re celebrating Native American heritage and leadership with our new bus wrap. You’ll be able to spot it out on our streets through the end of August 2022. See what it looks like and the incredible people who inspired it: 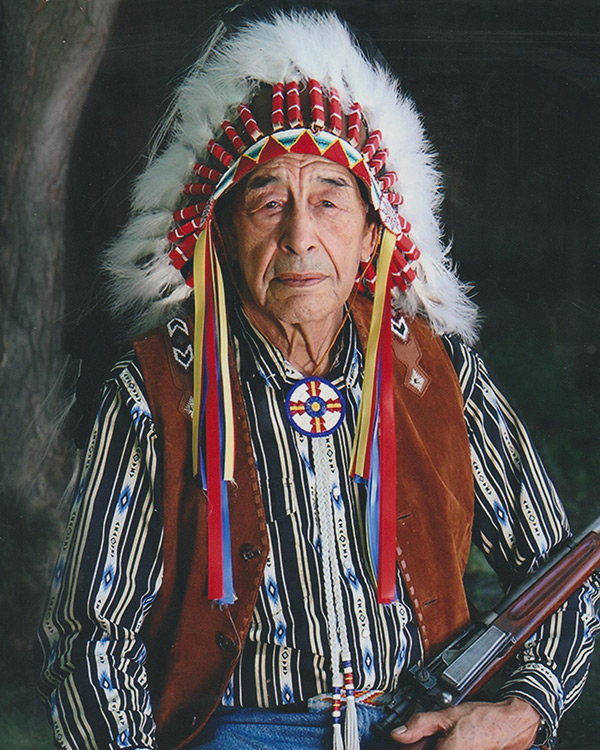 John “Buzz” Nelson is Oglala Lakota from Pine Ridge, South Dakota who speaks the Lakota language fluently. He is a U.S. Marine Korean War Veteran. He was married to his wife Joyce for 63 years until her passing in February 2021. Buzz moved to Portland OR in 1959 and became active in the Native community. He is a co-founder of the Native American Rehabilitation Association (NARA), Concerned Indian Community (CIC), and served as President of the Portland American Indian Elders. Low Income Housing for Native Americans of Portland Oregon (LIHNAPO) honored Joyce and Buzz with the naming of Nelson Court Apartments in North Portland. They were also honored with the 2013 Heart of the Community Award. 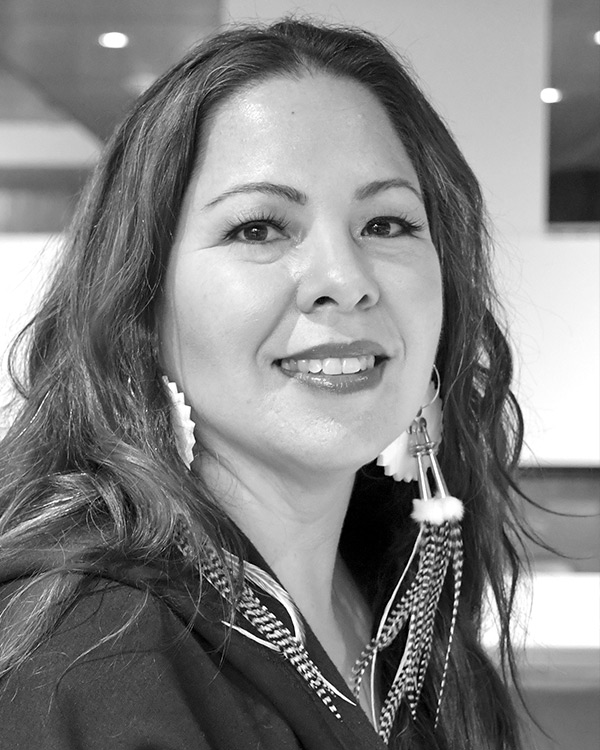 Se-ah-dom Edmo (Shoshone-Bannock / Nez Perce / Yakama) is a state-wide and national organizer for racial and social justice. She has been key in fostering relationships between tribes and social justice organizations. She is currently Seeding Justice’s Executive Director, an organization dedicated to building collective power at the frontlines of social change by transforming philanthropy in the pursuit of justice. Learn more 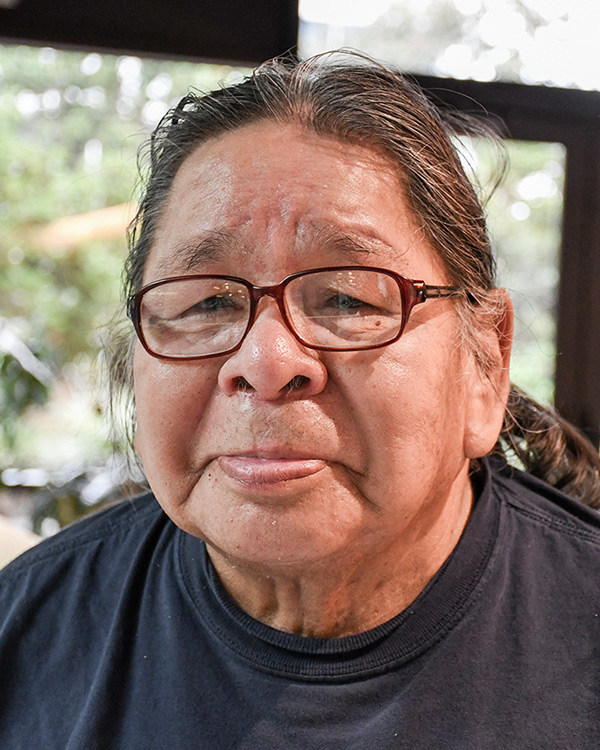 Ed Edmo (Shoshone-Bannock) is a poet, playwright, performer, traditional storyteller, tour guide and lecturer on Northwest tribal culture. He conducts workshops, performances and lectures on issues such as cultural understanding and awareness, drug and alcohol abuse and mental health. He also serves as a consultant to the Smithsonian Museum of the American Indian. Learn more 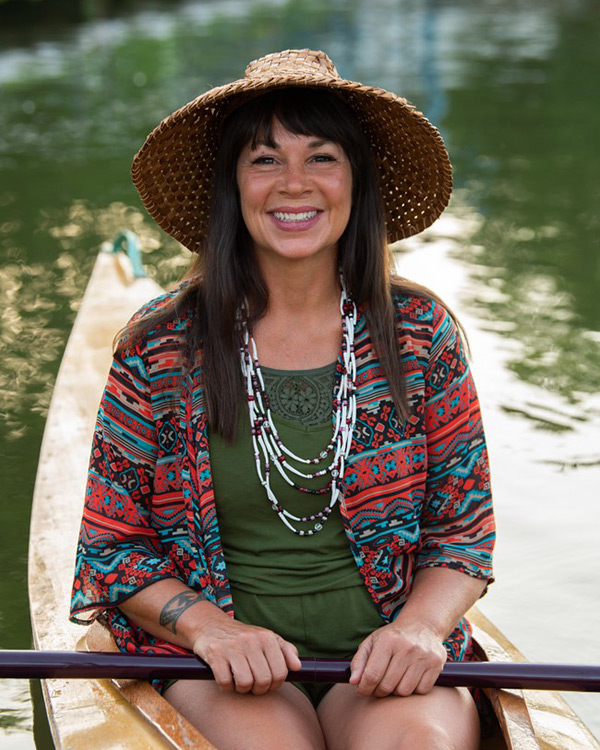 Christine Dupres (Cowlitz / Cree) is a local author, therapist and advocate for Indian children and families. As a member of the Native American Youth and Family Center (NAYA) she helped provide culturally specific programs and services to the urban Indian community. She has also taught at the University of Oregon, Portland Underground Graduate School and University of Pennsylvania. She has published Being Cowlitz: How One Tribe Renewed and Sustained Its Identity. She is an enrolled Cowlitz Tribal citizen, and has served in leadership. Learn more 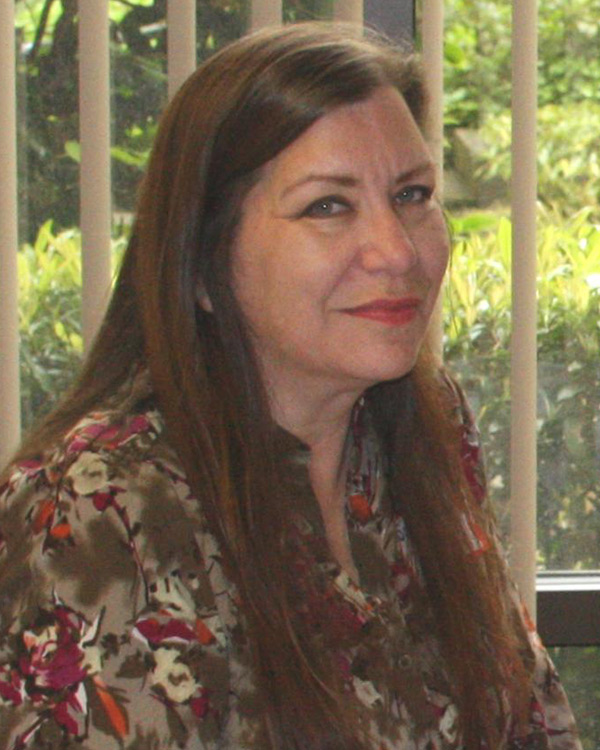 SandeBea Allman (Oglala Lakota / Nimiipuu) is a member of the Oglala Lakota Nation from Pine Ridge South Dakota. She is also NiMiiPuu (Nez Perce), Creole and French. The current Chief Development and Community Engagement Officer for the Native American Rehabilitation Association of the Northwest. SandeBea has over 37 years of experience working in the non-profit field, as a leader, board member, executive director, program development, human resources, fundraiser, speaker and advocate. She has provided trainings and workshops nationally on the subjects of board governance, juvenile justice and Elder advocacy, fundraising, and event planning consultation. She leads and coordinates the fundraising for the Portland area’s largest Native American event for over 37 years, the annual Delta Park Powwow and Encampment that attracts over 15,000 participants and spectators.

Traditionally, SandeBea is a skilled creator of Native American clothing and regalia, beadwork and is spiritual helper and ceremony leader, she is most proud of being a mother and grandmother. 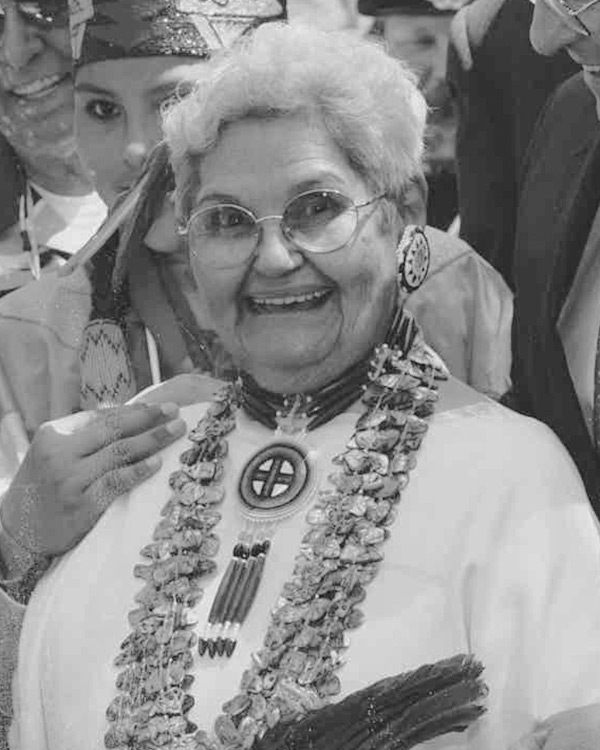 Kathryn Harrison (Grand Ronde) is an influential tribal leader in Oregon. She has served as a member of the Tribal Council at Grand Ronde for over twenty years, fighting for the formal recognition of native tribes. Notably, she worked with Oregon Senator Mark O. Hatfield and Representative Les AuCoin on the Reservation Restoration Act of 1988. Learn more 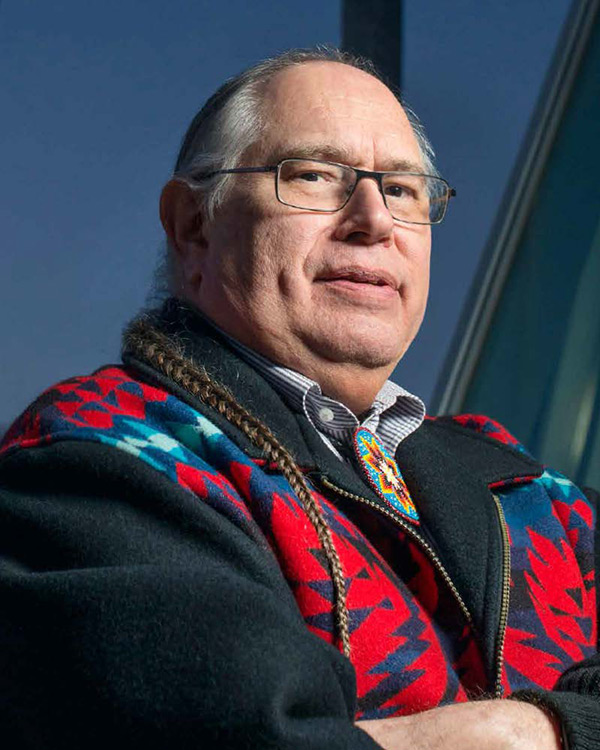 Terry L. Cross (Seneca Nation) is a longtime advocate for children and families. He has 47 years of experience in child welfare, including 10 years direct practice. He is the author of Positive Indian Parenting and co-authored Towards a Culturally Competent System of Care, published by Georgetown University. He is also the founding Executive Director of the National Indian Child Welfare Association, now serving as senior advisor. NICWA works to eliminate child abuse and neglect in American Indian and Alaska Native Tribes. 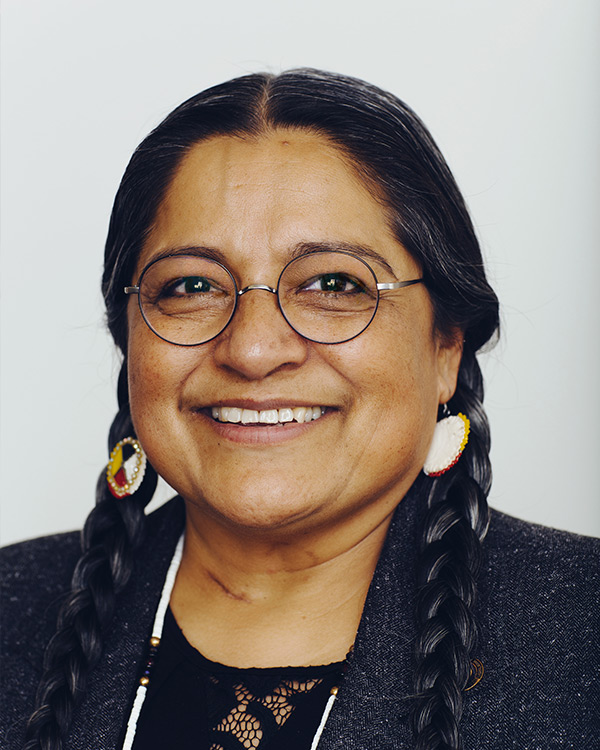 Tawna Sanchez (Shoshone-Bannock / Ute / Carrizo) is Shoshone-Bannock, Ute, Carrizo. As a Portland local, she is an activist devoted to the rights of the most vulnerable in our region.

Sanchez is currently a State Representative for District 43 - North and Northeast Portland. As a foster parent to 18 children, she has also become an active participant in state policy making through the Family Services Review Commission and the Child Welfare Advisory Committee. Learn more 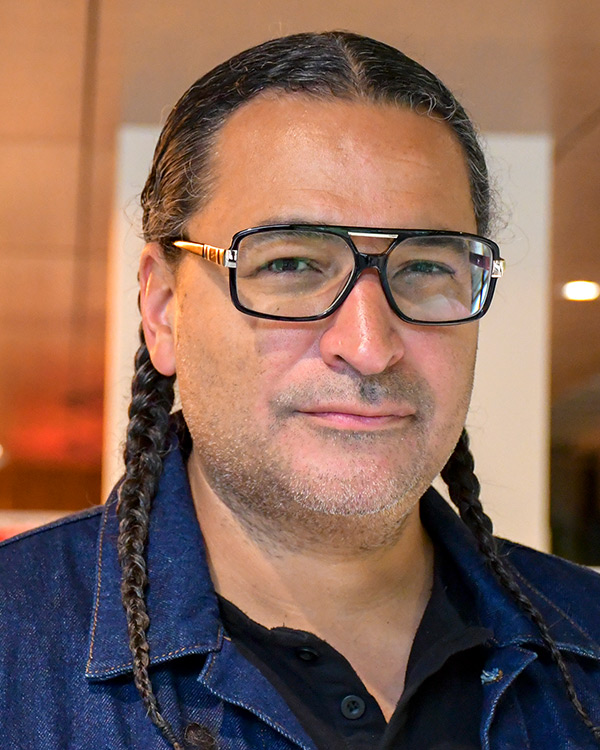 James Parker (Chippewa Cree) is Executive Director of The Oregon Native American Chamber, an organization dedicated to working with all members of the community to advance the educational and economic opportunities for Native Americans in Oregon and Southwest Washington.

Additionally, he serves as the deputy director for the Affiliated Tribes of Northwest Indians (ATNI), a regional policy and advocacy organization serving nearly 50 tribes across the northwest.