TriMet respects the civil rights of all the people we serve. We operate our programs without regard to race, color, national origin, religion, gender, sex, sexual orientation, age, marital status or disability, in accordance with applicable law.

TriMet is committed to honoring the requirements of Title VI of the Civil Rights Act of 1964. 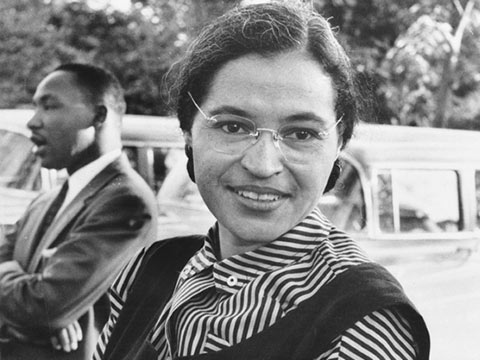 Over 60 years ago in Montgomery, Alabama, Rosa Parks chose to be arrested rather than give up her seat to a white man while riding a segregated bus. Her courageous act drew national attention to simple truths: a public transit system paid for by all must benefit all, and civil rights must be protected for all.

An important part of complying with Title VI is ensuring that service and fare decisions are made as equitably as possible. TriMet conducts Title VI equity analyses prior to making major service changes or changes to fares. These analyses aim to ensure that proposed changes do not have disproportionate negative impacts on people of color and low-income population.

Have you been affected by a TriMet practice you feel is discriminatory and unlawful? If so, you may file a complaint with TriMet. Complaints must be submitted in writing to TriMet within 180 days following the date of the event you believe was discriminatory.

Americans with Disabilities Act (ADA) of 1990

TriMet is an equal opportunity employer, committed to developing an organization that is reflective of and sensitive to the needs of the diverse community we serve, including veterans, the elderly and people with disabilities.