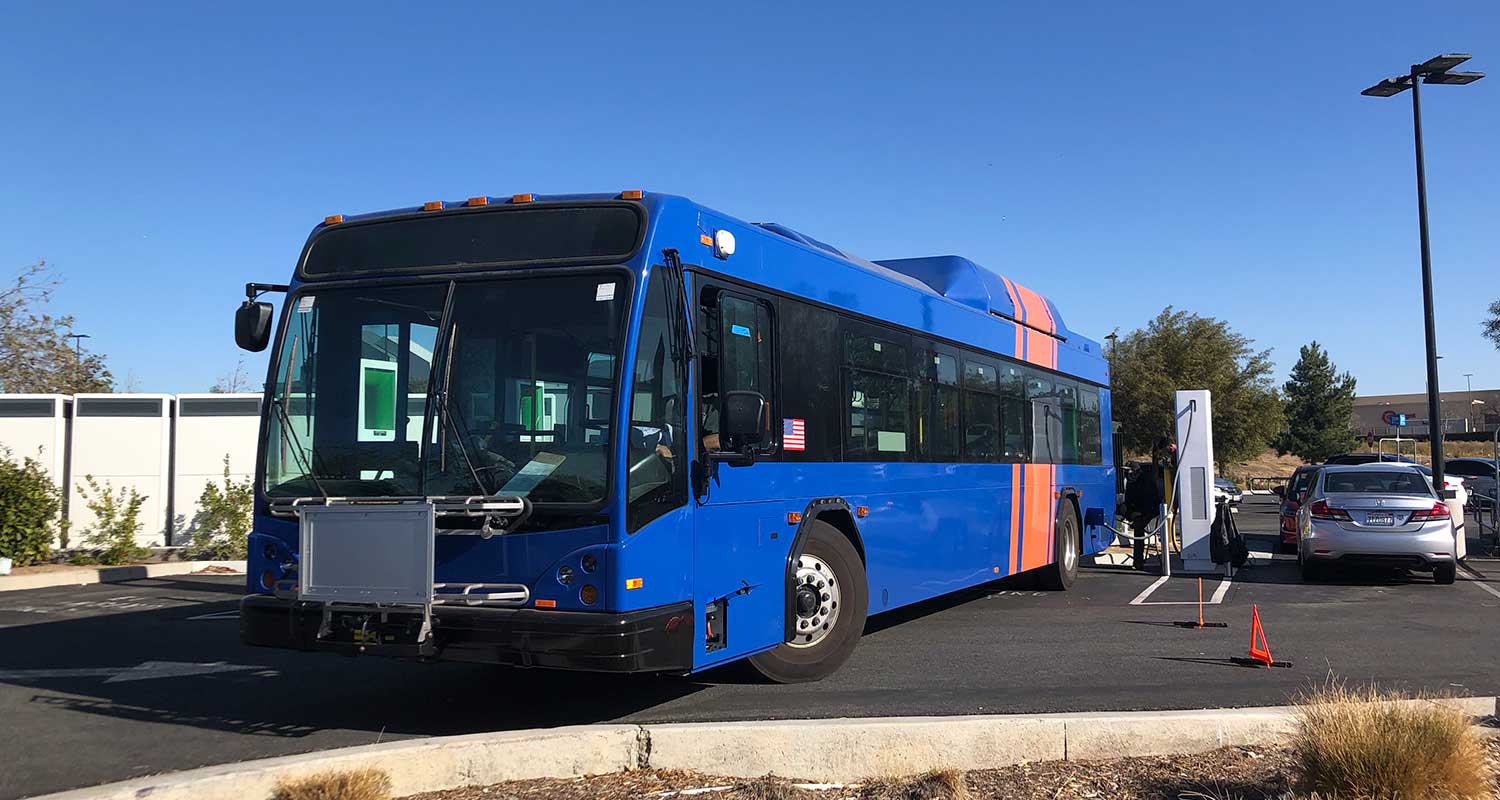 Converting to a Greener Bus Fleet

Transit plays a leading role in reducing greenhouse emissions, replacing millions of car trips every year. Yet, with about 700 diesel buses in our fleet as of June 2021, we’re the largest purchaser of diesel fuel in Oregon. We’re well on the way to changing that, and it’s important to decide carefully which technologies best meet our region’s needs for the future. We’re committed to having a 100 percent zero-emission fleet by 2040.

Our 2018 Non-Diesel Bus Plan detailed our commitment to a zero-emission bus fleet and identified long-range battery-electric buses as the preferred technology to begin testing, while continuing to explore other technologies. We’ve learned a lot since then and we’re continuing to evaluate which fuel type(s) should power our bus fleet for the future. 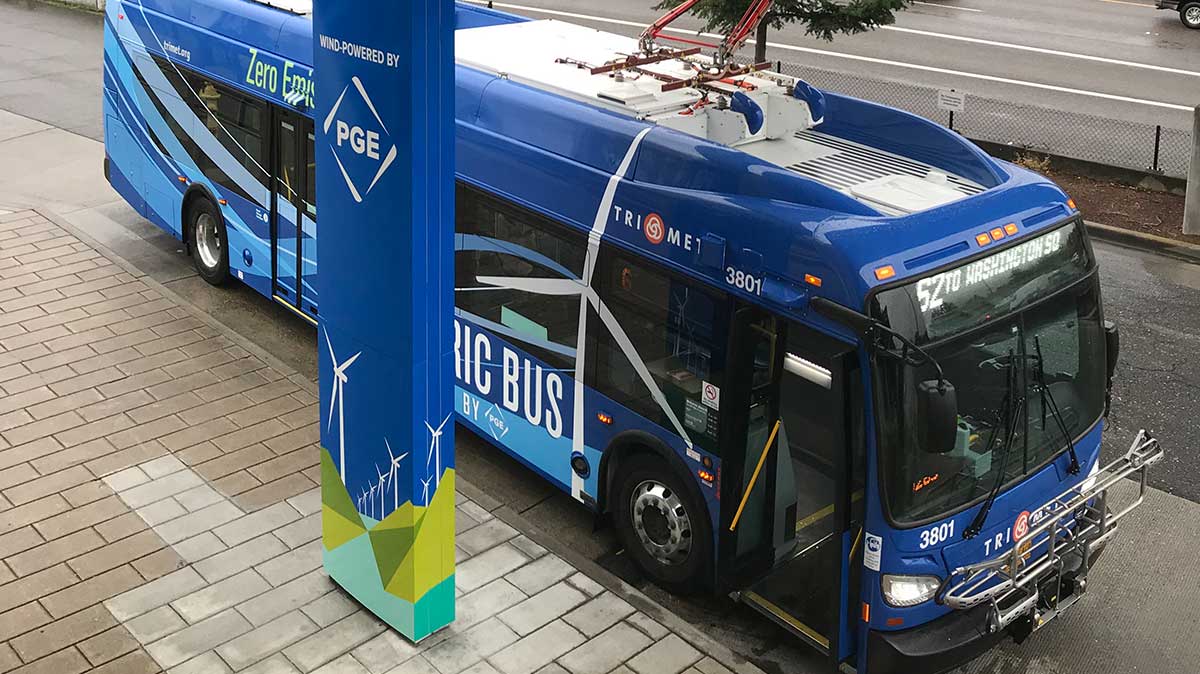 In 2019, we began operating short-range battery electric buses on Line 62-Murray Blvd, thanks to a partnership with Portland General Electric and a grant from the Federal Transit Administration. These buses charge for a few minutes at a transit center during the middle of the day because they drive more miles during that day than the batteries can allow. After some initial technical issues, these buses are showing promise. In their first two years on the road, these buses already saved 680,000 pounds of greenhouse gas emissions — that’s equivalent to the carbon removed from the air by over 360 acres of US forests in one year, or the amount of carbon emitted during a year of driving by 67 average passenger cars in the US. 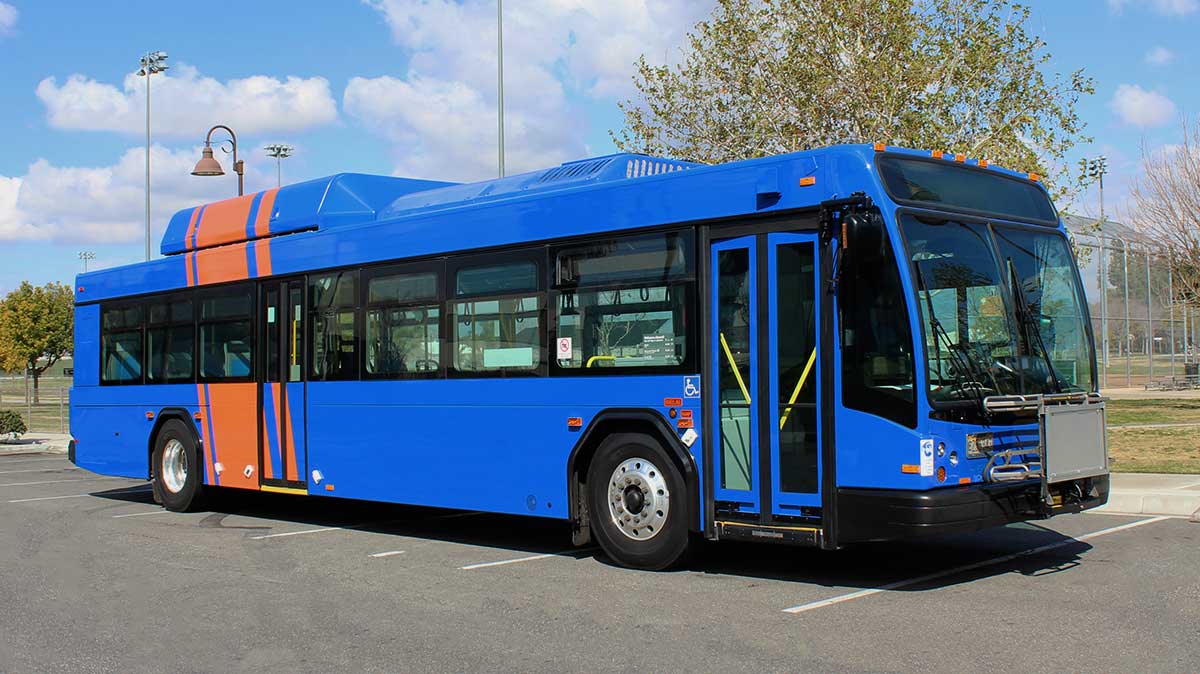 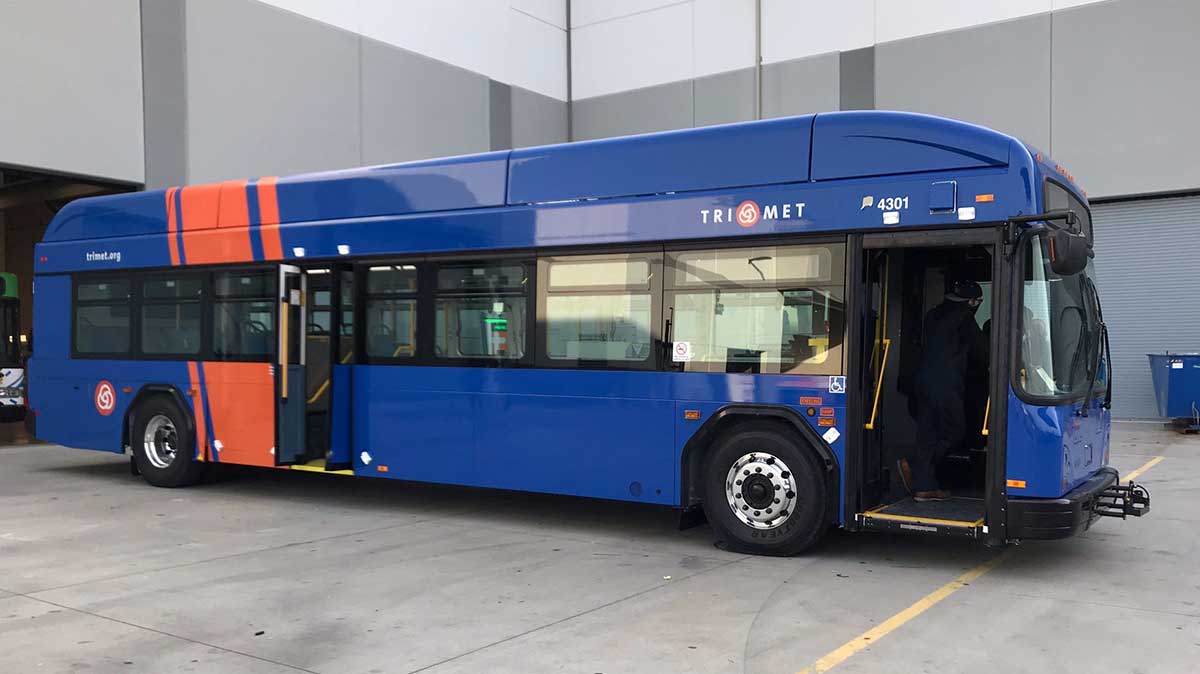 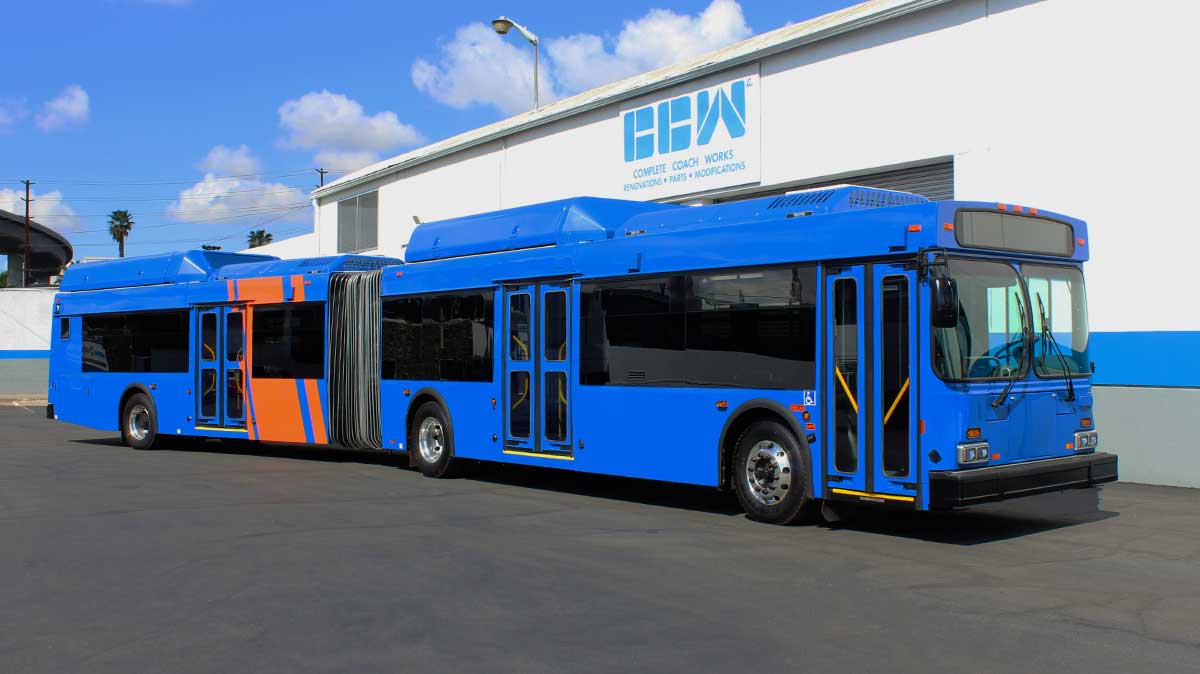 This year, we’re beginning to test a variety of long-range battery-electric buses. These buses have extra batteries, so they can drive all day without recharging on some of our bus routes.

We’re purchasing five long-range battery-electric buses from manufacturer  GILLIG. They’re expected to be on the road later this year serving our Line 20-Burnside/Stark.

We’ll also be testing diesel buses that have been retrofitted with electric motors and long-range batteries — five serving Line 20 and one serving 72-Killingsworth/82nd. The bus on Line 72 will be a 60-foot articulated bus, an “accordion” style bus that can carry 60% more riders than our standard buses.

Finally, we have have two long-range buses on loan from manufacturer New Flyer, performing simulated service on Line 20 and Line 72. We aren’t picking up passengers with these buses. We’re operating and testing them as if they were providing service to see how they perform.

Current battery-electric bus technology allows long-range buses to operate for around 150 miles on a single charge, but about half of our current buses drive more than that during a day. Some log up to 300 miles each day.

We’ll explore options for getting around the mile limitations — like changing the way we schedule buses or possibly adding on-route charging stations — but both of these options would require more buses, operators, mechanics and space at bus facilities.

We hope battery technology will advance enough to allow buses to travel longer distances, but we’re also looking at other technologies that may help us meet our goals more quickly.

We’re also studying if hydrogen fuel-cell electric buses would work for our system. They have a longer range and are much faster to refuel than battery-electric buses. We’ll look at on-site hydrogen generation, and how sourcing it from a vendor would work. We’ve also applied for a grant from the Federal Transit Administration to purchase four fuel-cell electric buses and add the necessary fueling equipment at our future bus garage on NE Columbia Boulevard.

As Oregon’s largest consumer of diesel, TriMet will lead the state’s transportation industry toward reducing greenhouse gas emissions with the move to renewable diesel that has less toxic impact on our air.

Our change to renewable diesel will happen as soon as supplies on the West Coast allow, which could come as early as December.

The move to renewable diesel is an important one while we transition to a zero-emissions bus fleet by 2040.

Sign up for Riders Club to get updates about our conversion to a zero-emission fleet! Learn more

You can opt out at any time here or by clicking the “Unsubscribe” link in any email you receive from us. Any personal info you provide will be used in accordance with our privacy policy.