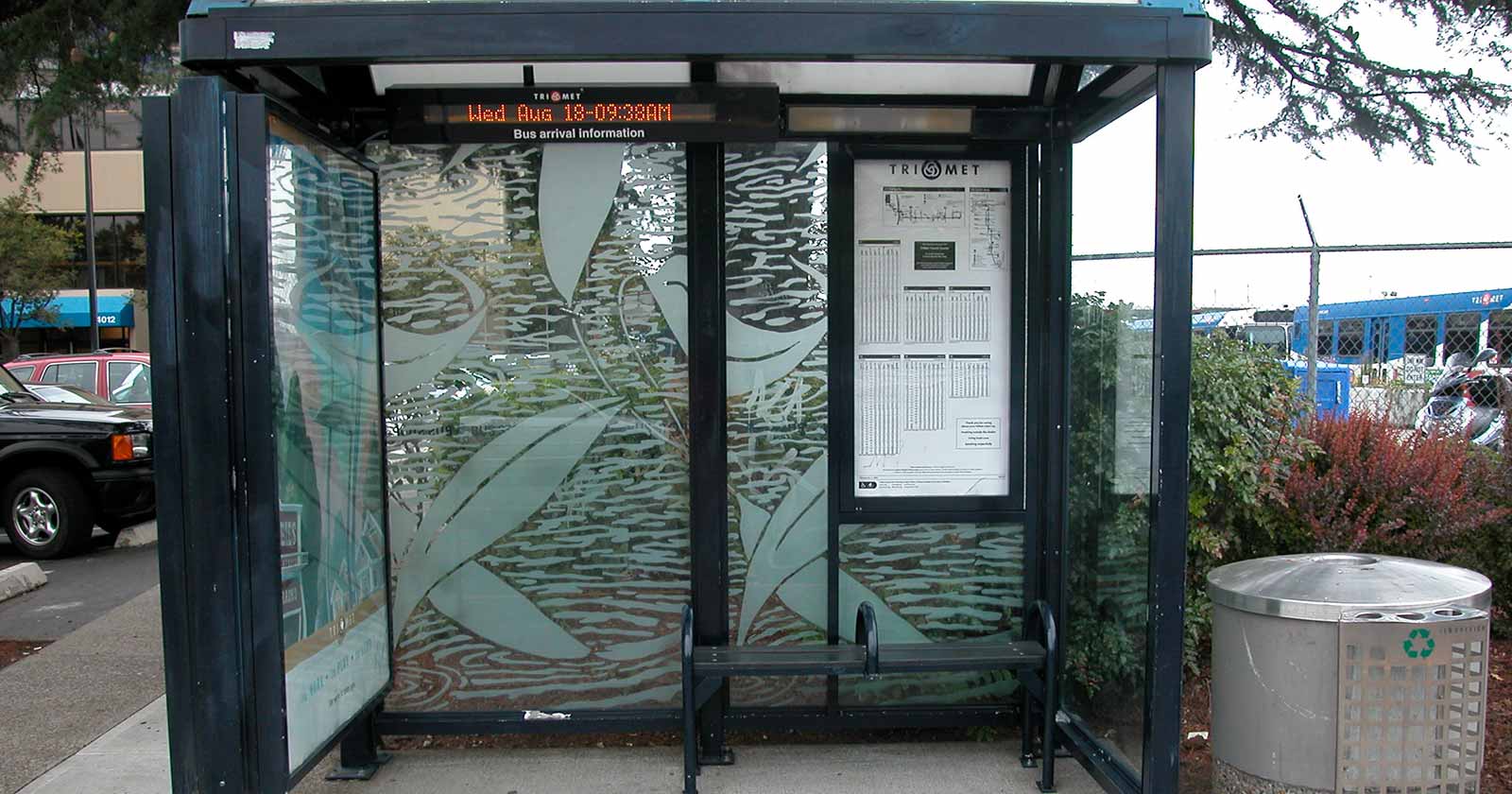 Since 2001, patterns have been sandblasted onto graffiti-damaged bus shelter glass panels and then reinstalled, saving on costs and reducing waste. New bus shelters are furnished with the art panels from the outset. The sandblasted panels minimize future vandalism, improve the appearance of the shelters, and enrich communities with artwork. 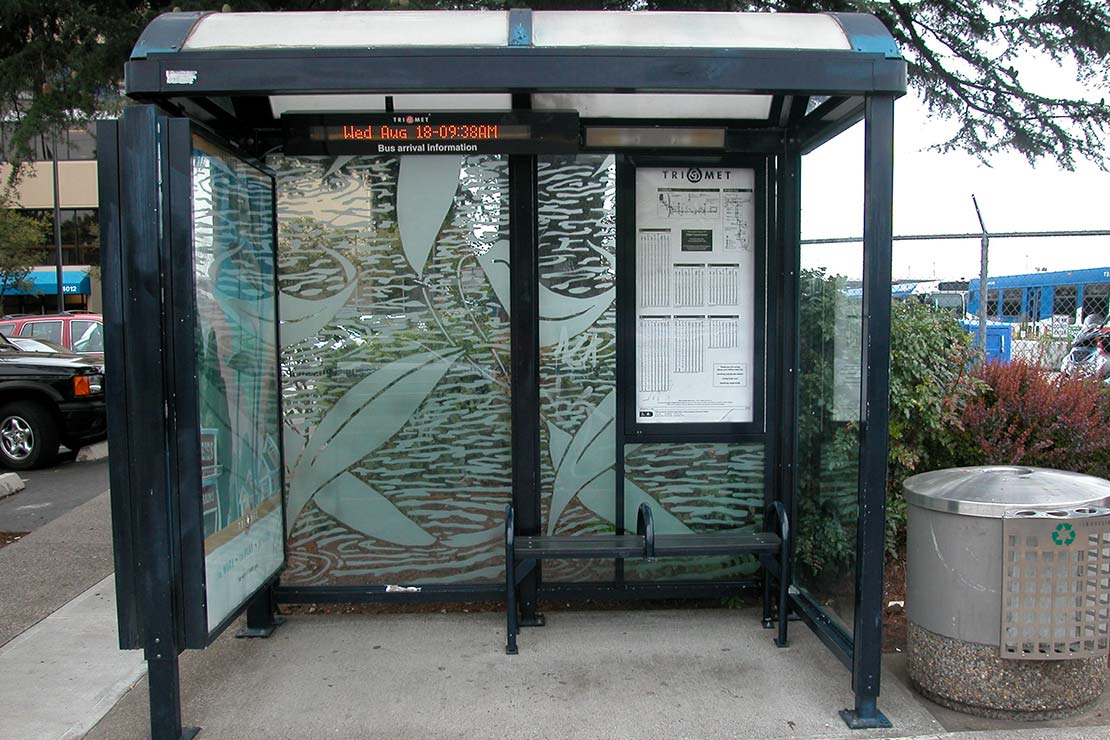 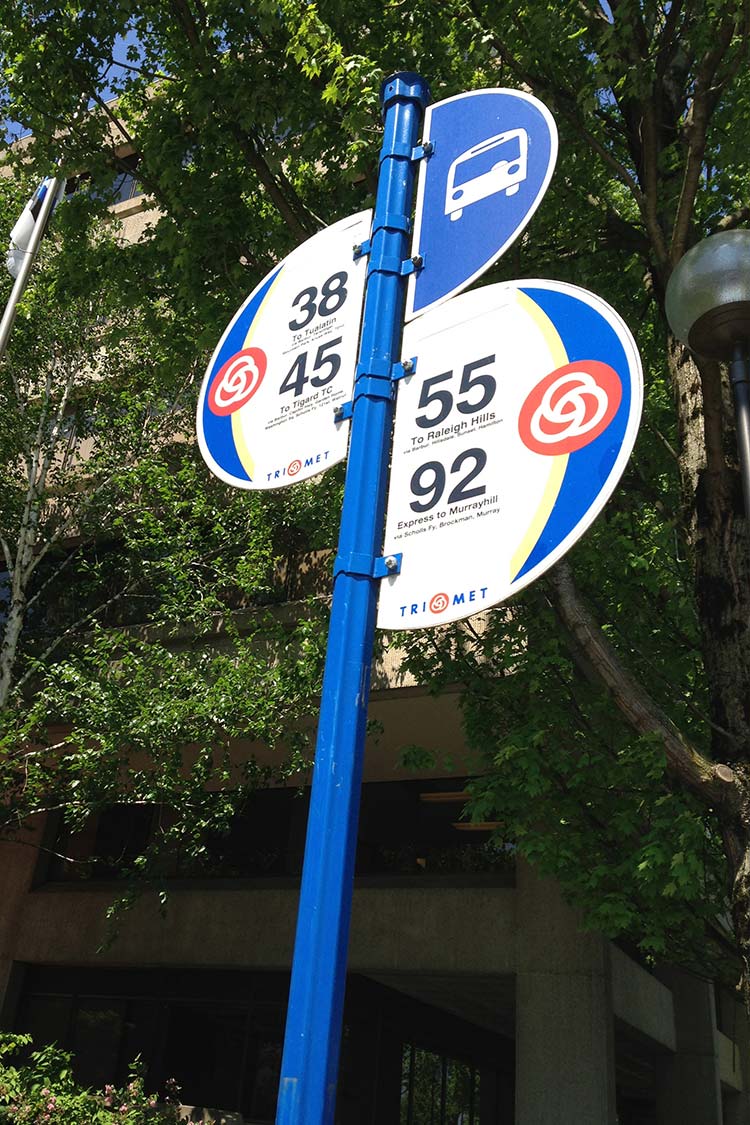 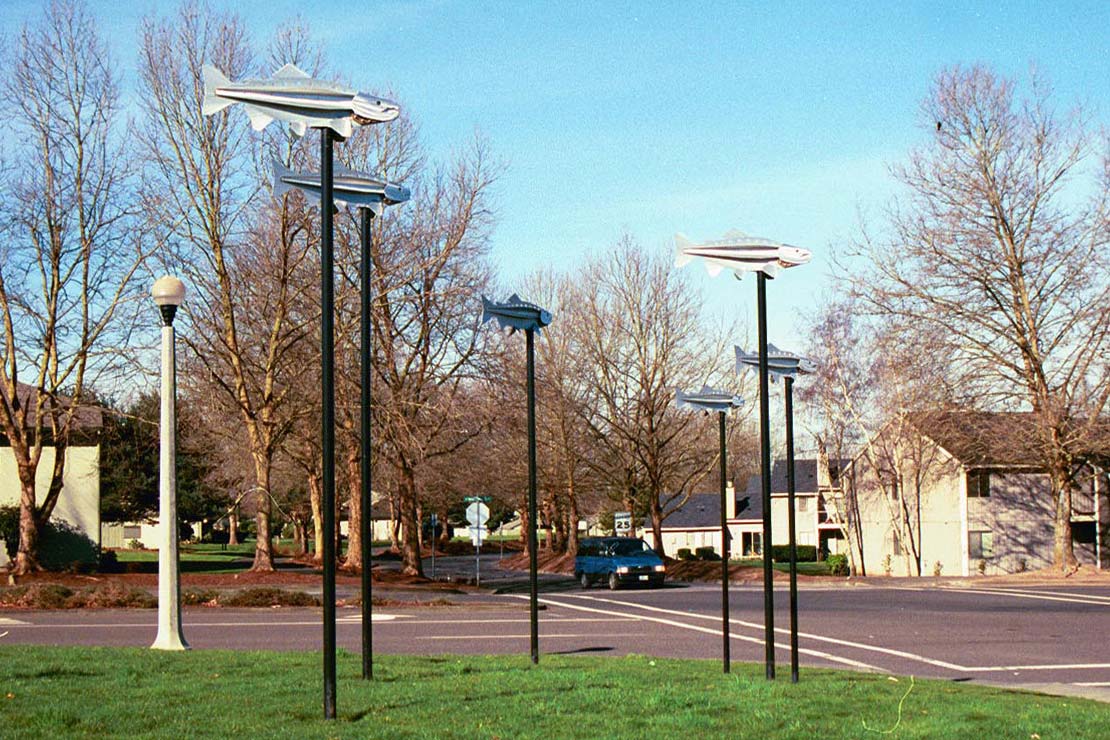 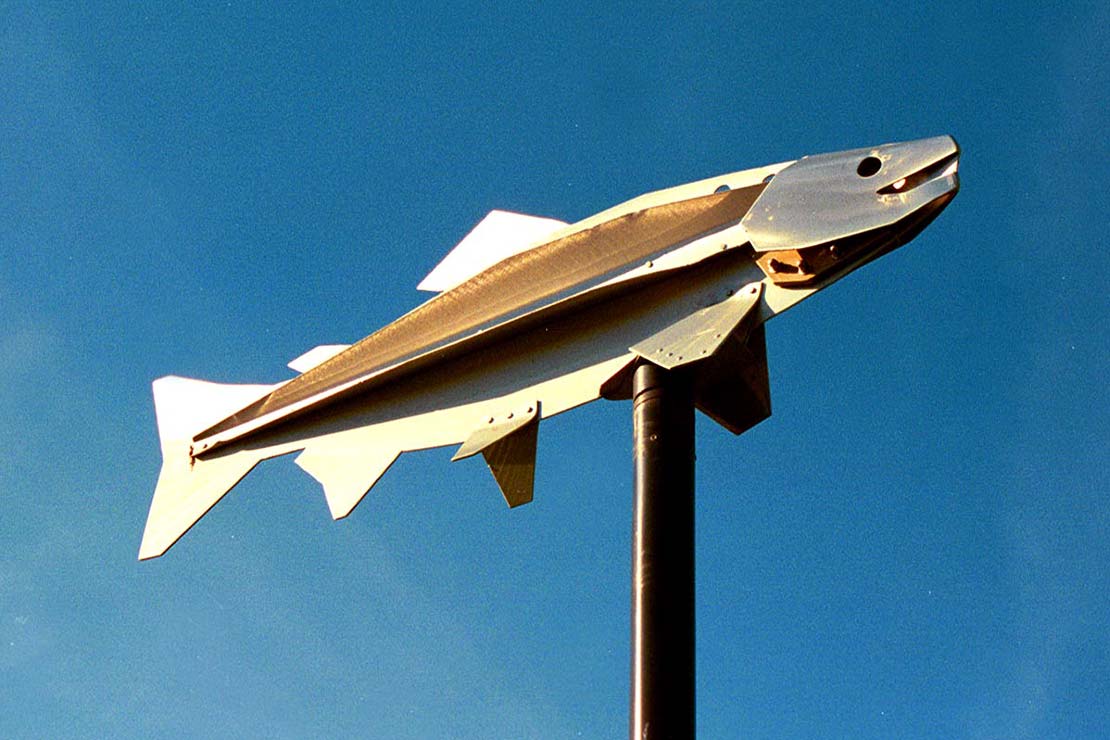 Native to the Tualatin River, the Coho is a link to the local geography as well as a metaphor for the daily commuter who, like the salmon, participates in a regular cycle of travel.

Kurt Keifer’s Built Trees, 2002, three 20’ tall sculptures of painted steel and aluminum, reflect the artist’s interest in bridging the gap between the natural world of trees and the man-made world of power poles and light standards. 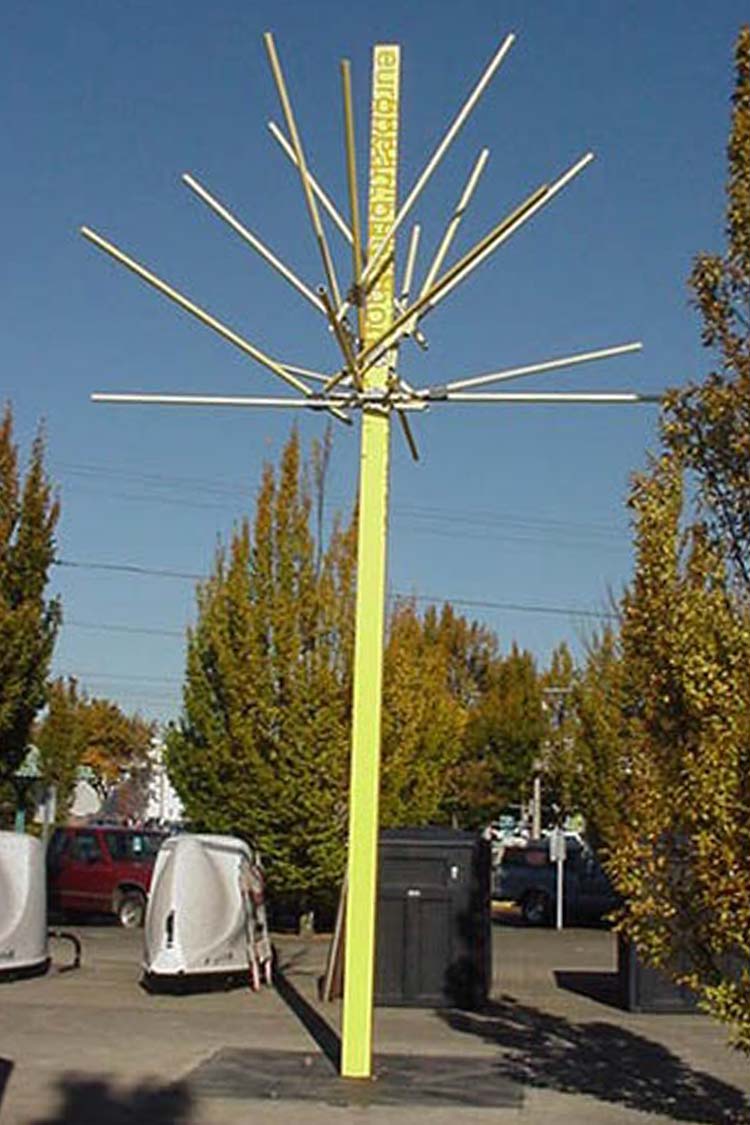 Created in 2005 through a partnership between TriMet, the Oregon Department of Transportation, and the Regional Arts and Culture Council, the mural mitigates graffiti while providing pedestrians a cheerful welcome. 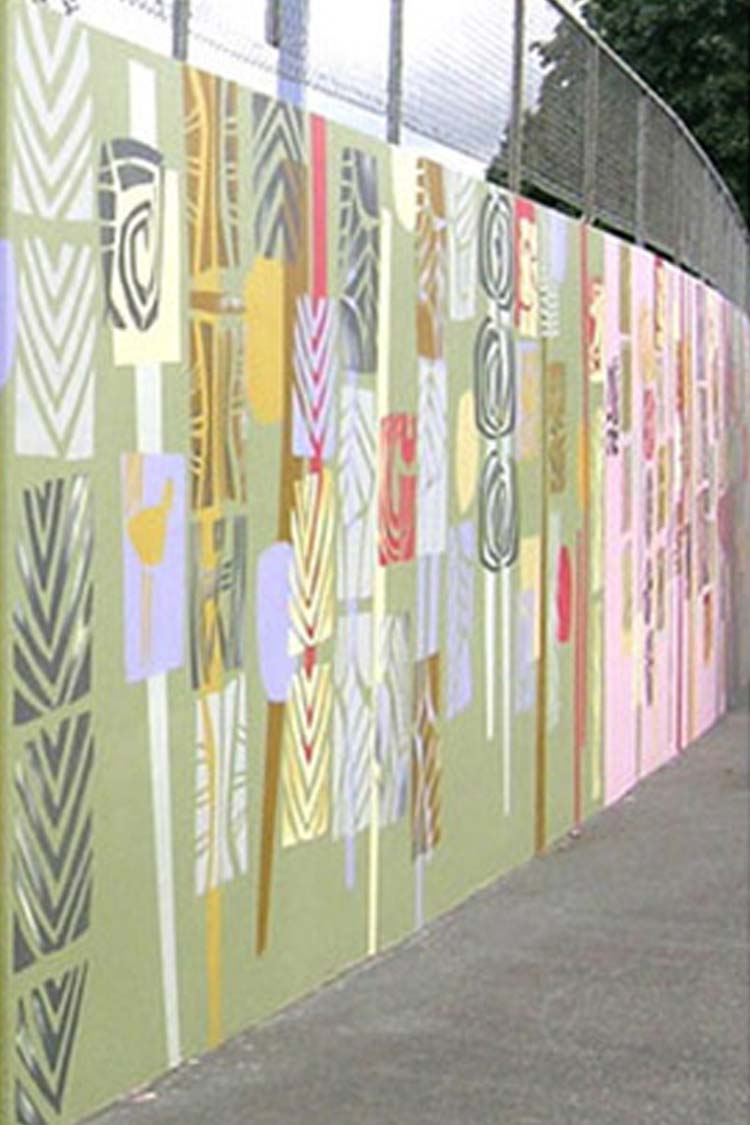