Due to a state of emergency issued by Multnomah County, TriMet will not turn away anyone traveling to or from a warm place who is unable to pay fare, from 6 p.m. tonight through 10 a.m., Jan. 31. Please let your bus operator know that you are heading to or from a warming shelter or space. 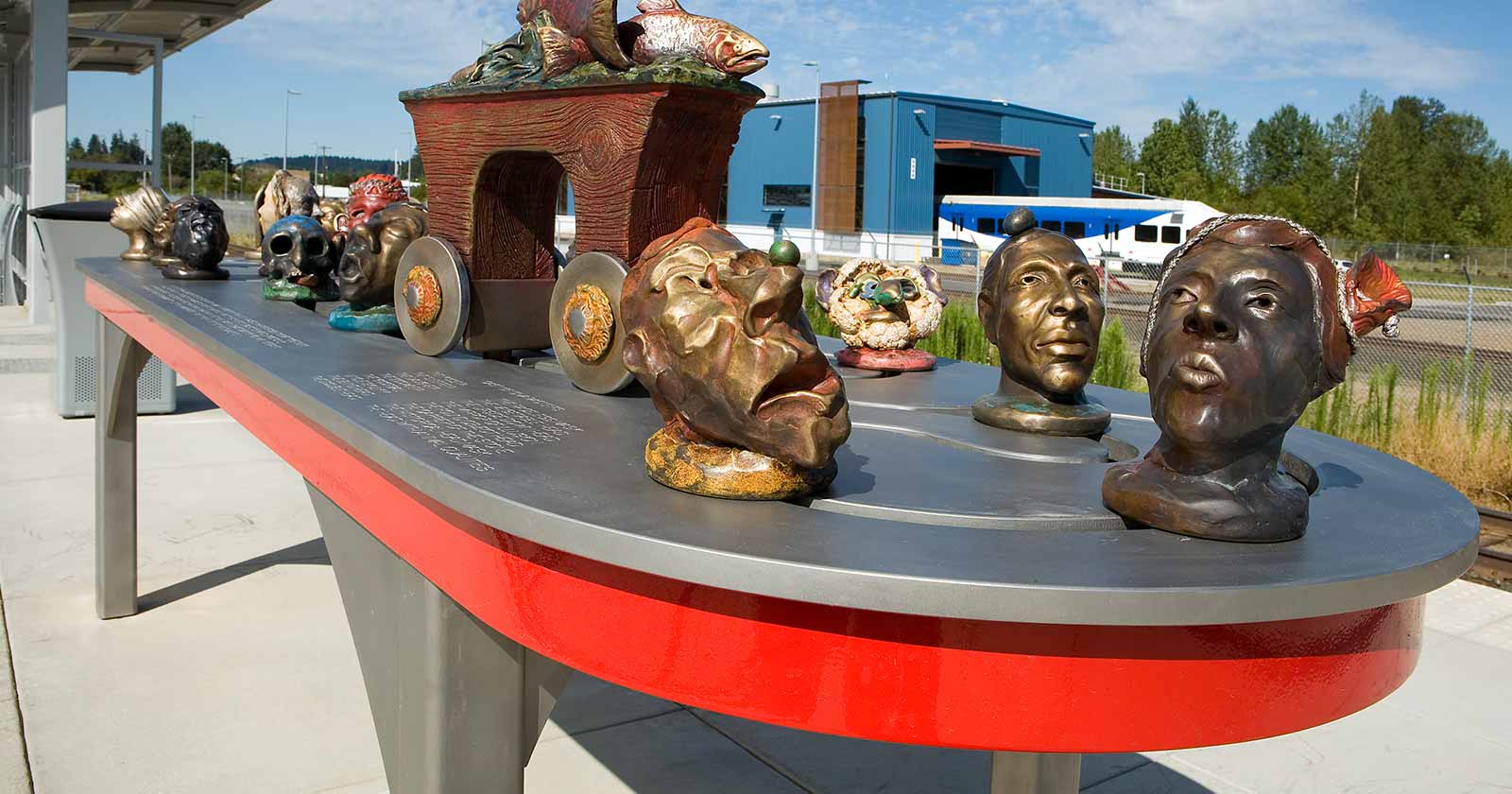 Each station, including the Tigard Transit Center, features a sculptural table with 16 unique bronze heads that express a full range of human experience, from comedy to pathos.

The project allocated $500,000 to fund the WES Public Art Program based on 1.5 percent of eligible project costs.

The Public Art Advisory Committee composed of representatives from every station area, selected artists Frank Boyden and Brad Rude to develop artwork for the stations. 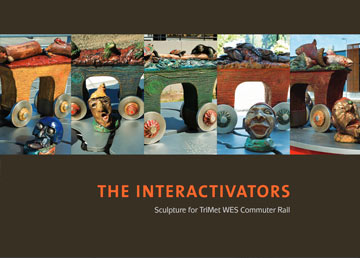 Boyden and Rude created a series of five sculptures, called The Interactivators, for the five WES commuter rail stations. Each sculpture features moveable, cast-bronze heads and a vehicle mounted to a stainless-steel table. The heads, which appear in different guises at each of the stations, symbolize a wide range of emotions, traits and conditions. Like the cross section of humanity that may be found on any train car, these sculpted archetypes serve as a metaphor for the human experience. The bronze vehicles each carry a sculpted scene of an animal representative of the station area where they are located.

The figures and vehicles are attached to the tables in a way that allows them to move within “tracks” cut into the surface of the table. The sculptures, in addition to being unique works of art, offer a potential game that can be played by one person or an entire station full of people. There are no winners or losers, but rather opportunities for infinite encounters that can create social connection, offer insight or produce a simple moment of pleasure.

Other artwork includes a mural by Site Painters on the wall facing the WES platform at the Tigard Transit Station and a willow pattern etched in the windscreen glass at stations in Tualatin and Wilsonville. 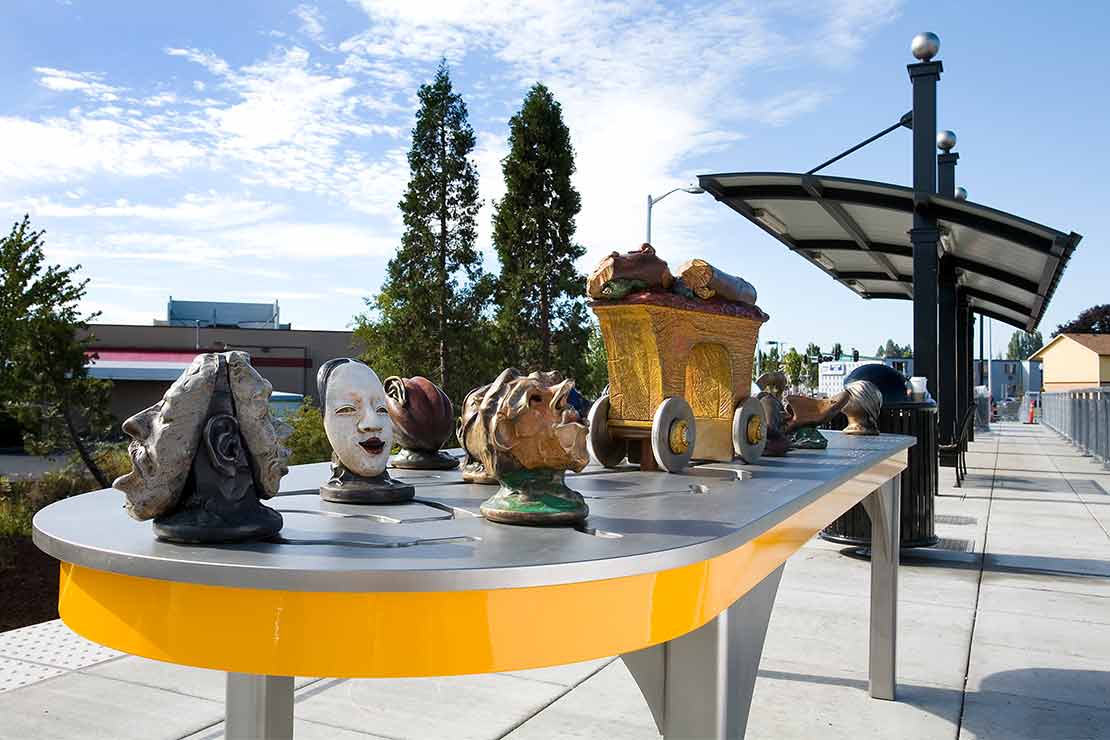 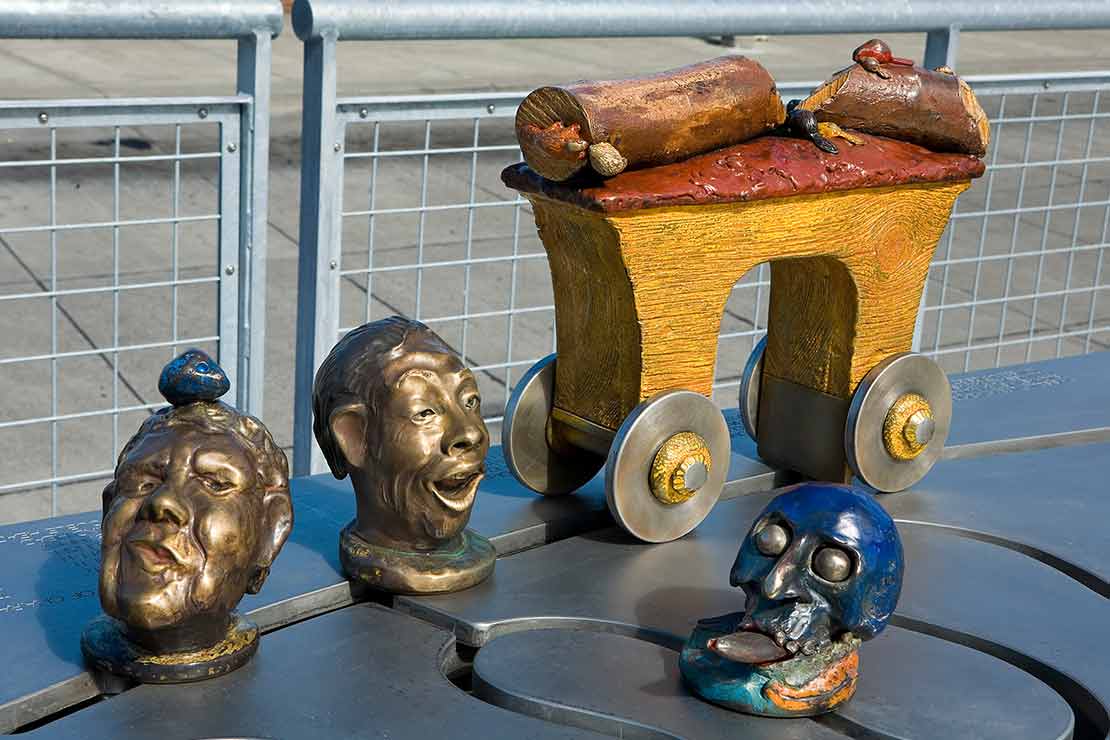 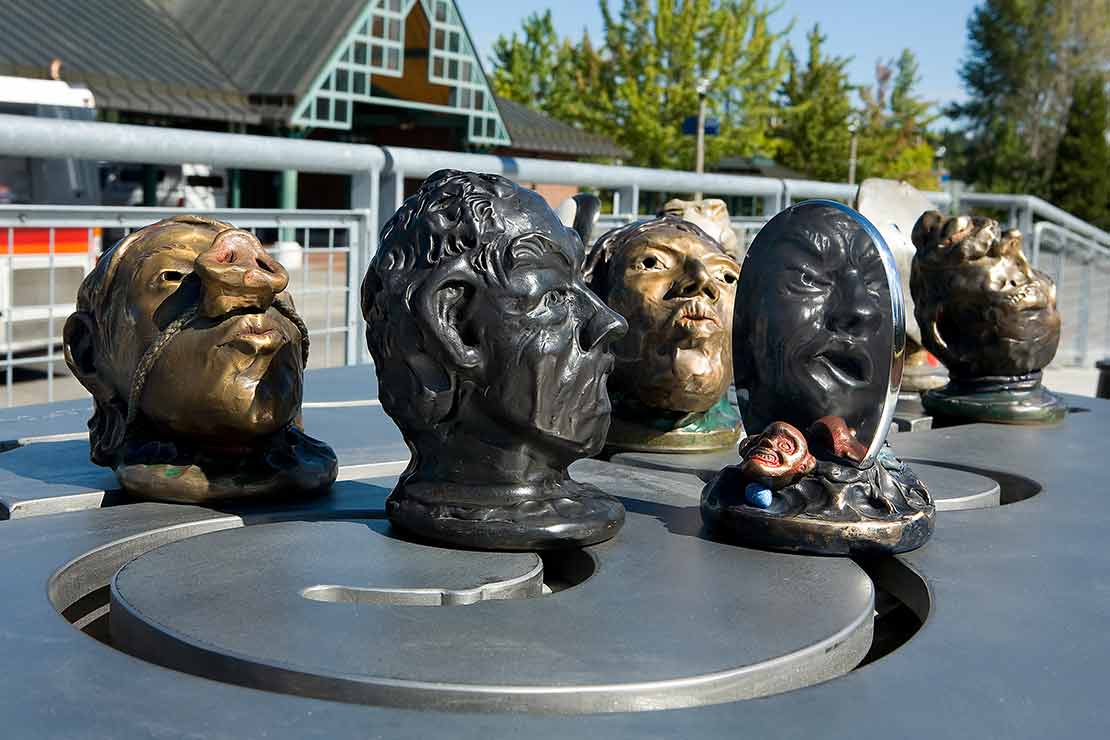 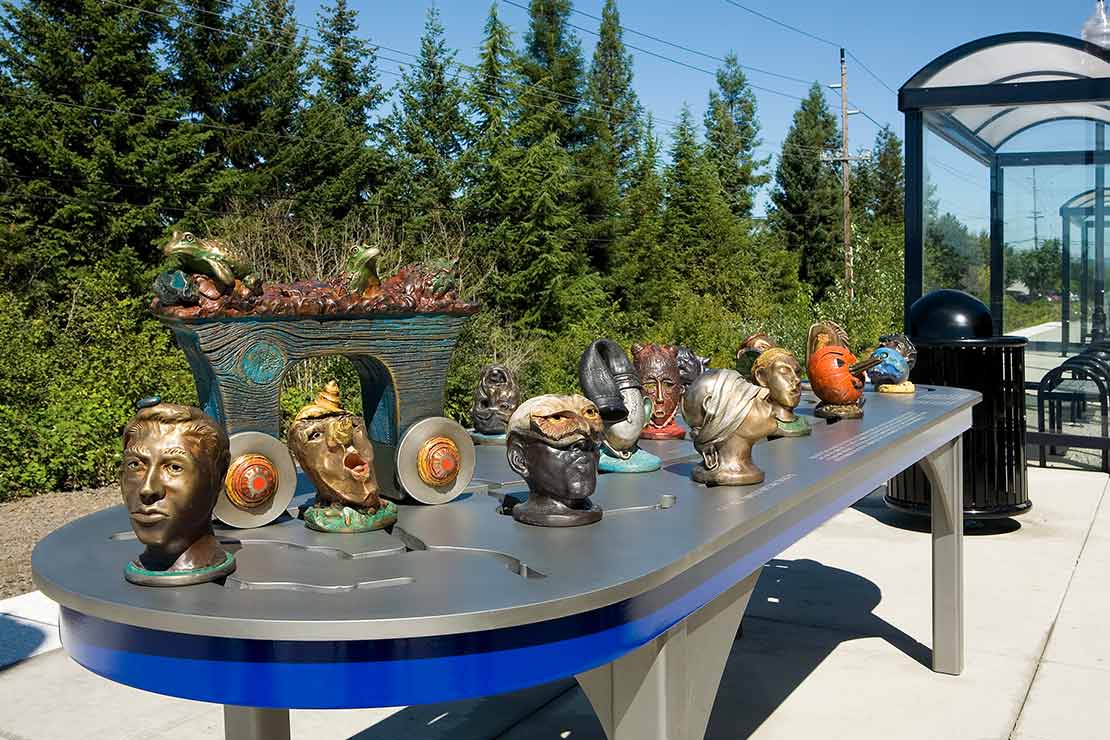 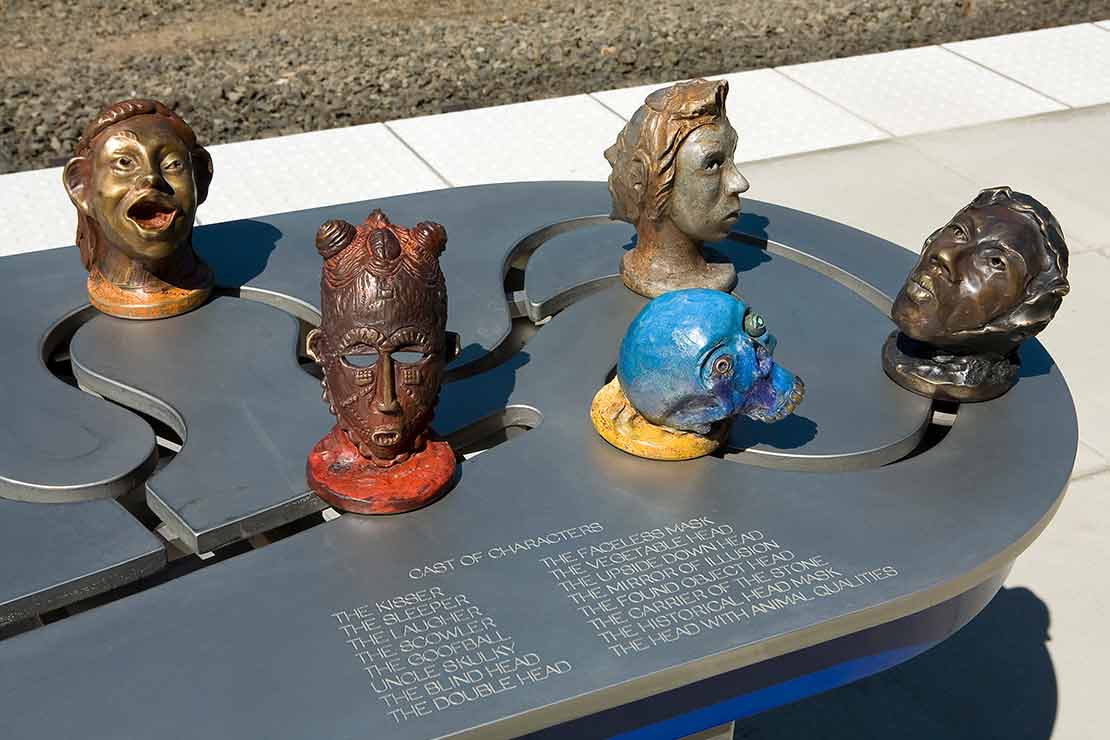 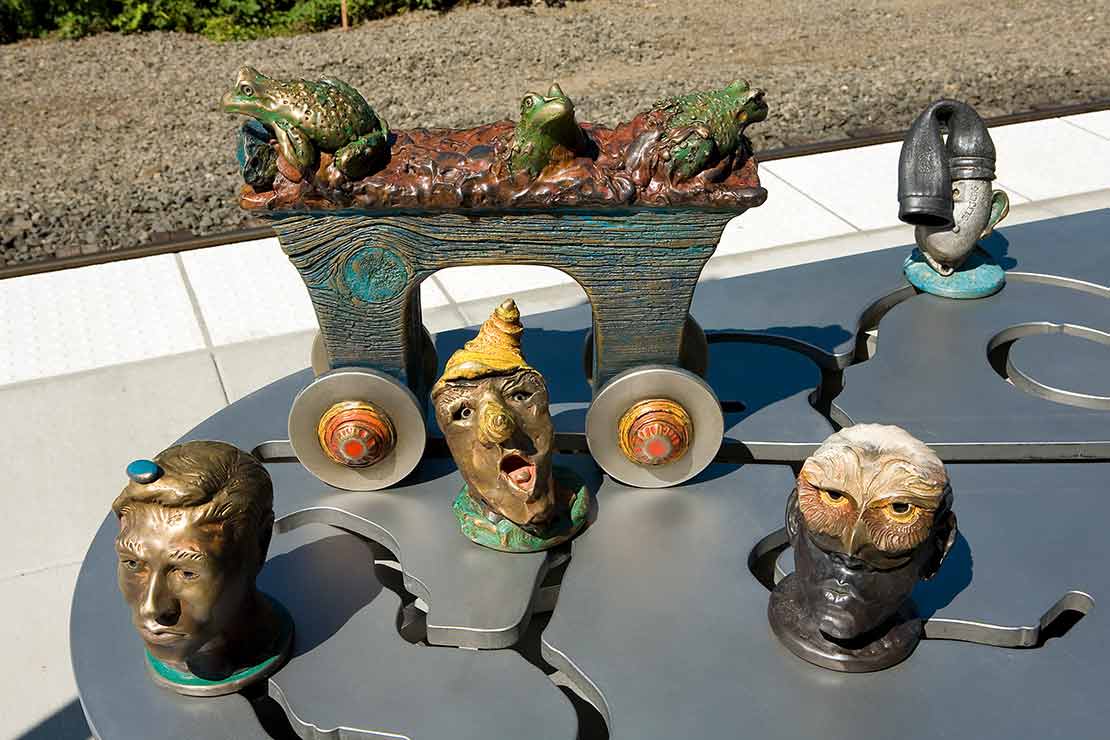 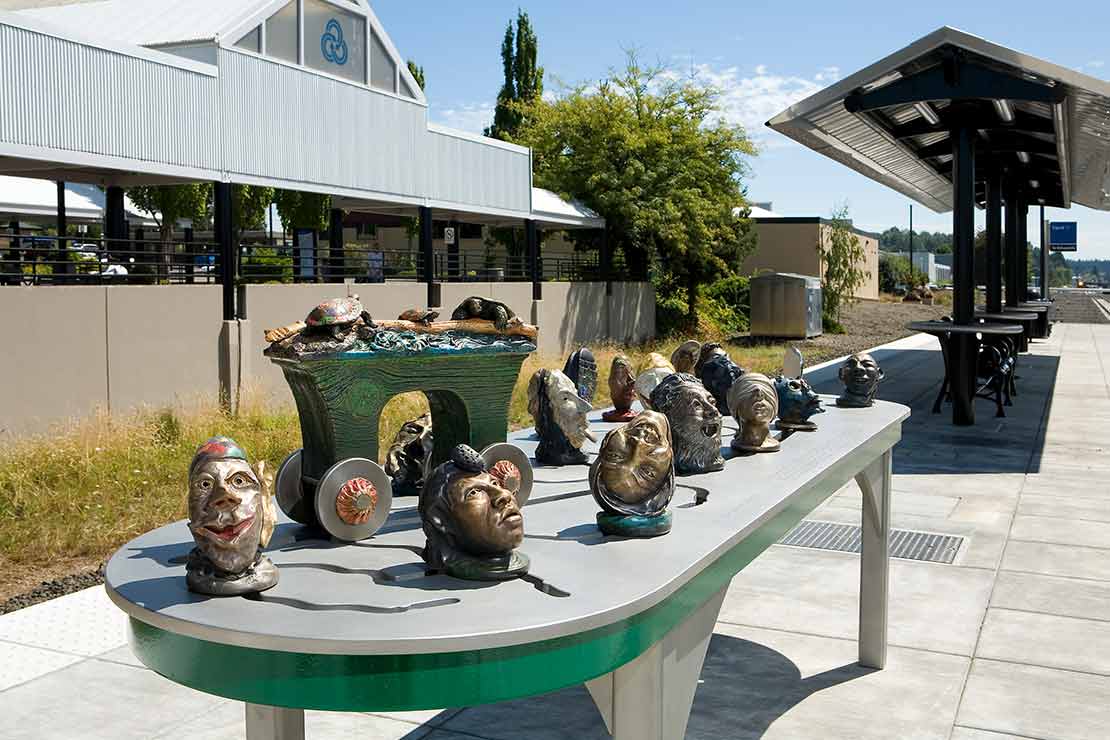 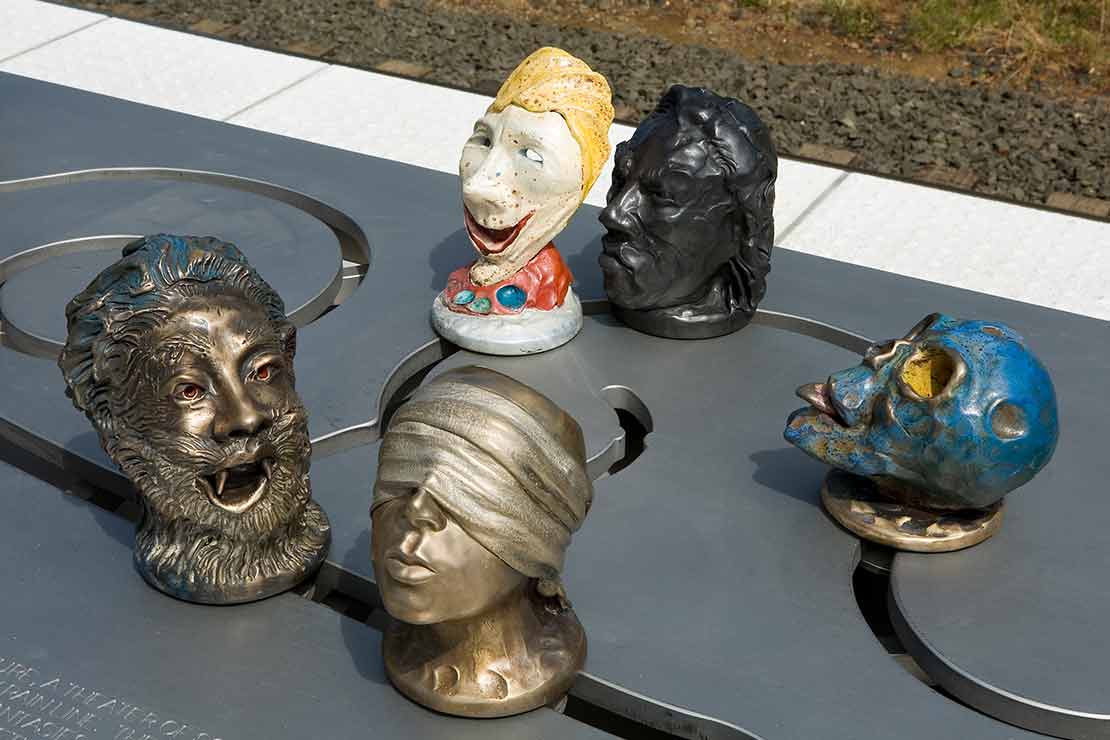 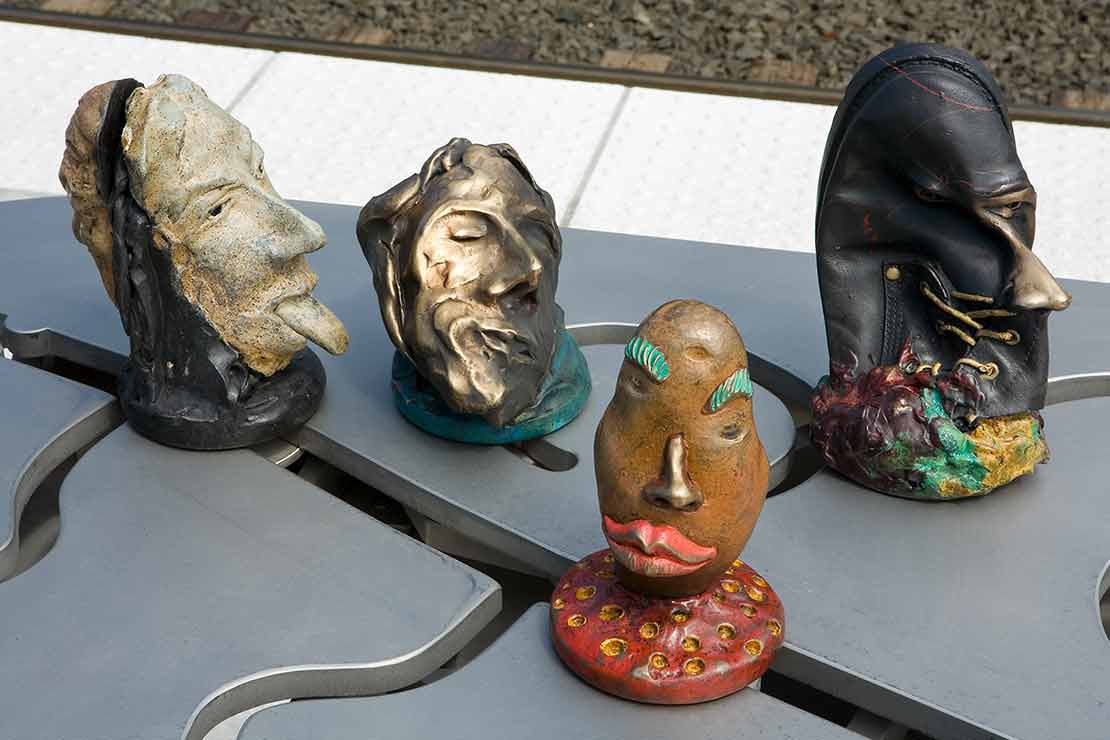 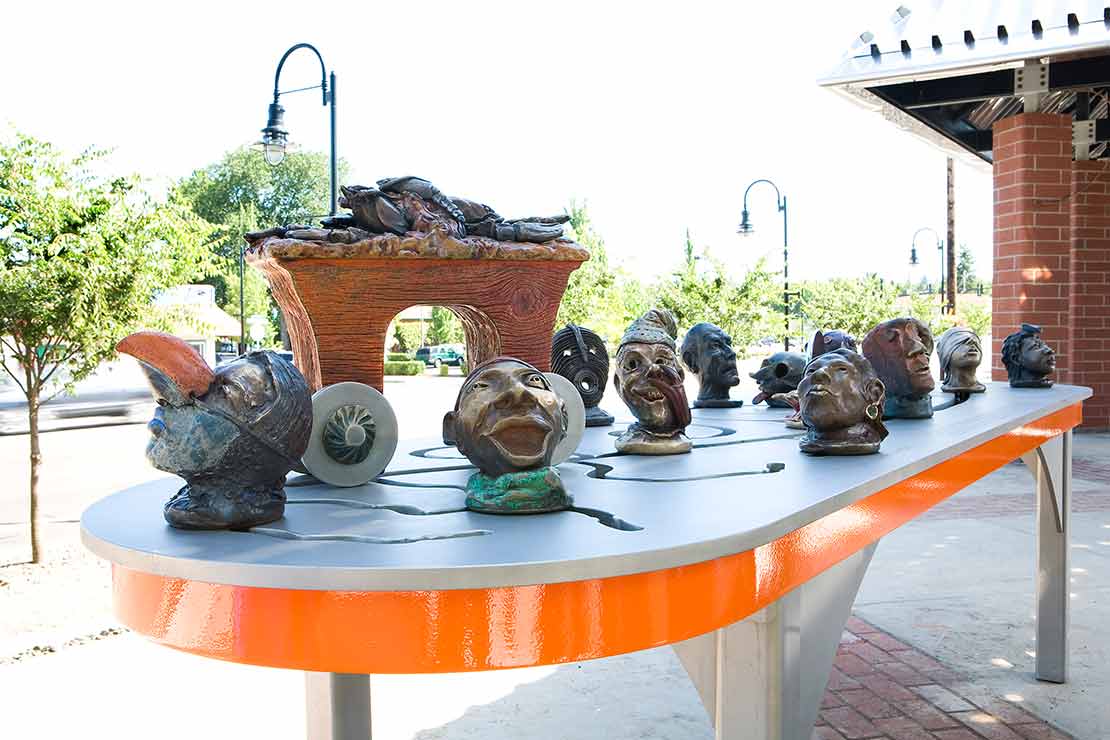 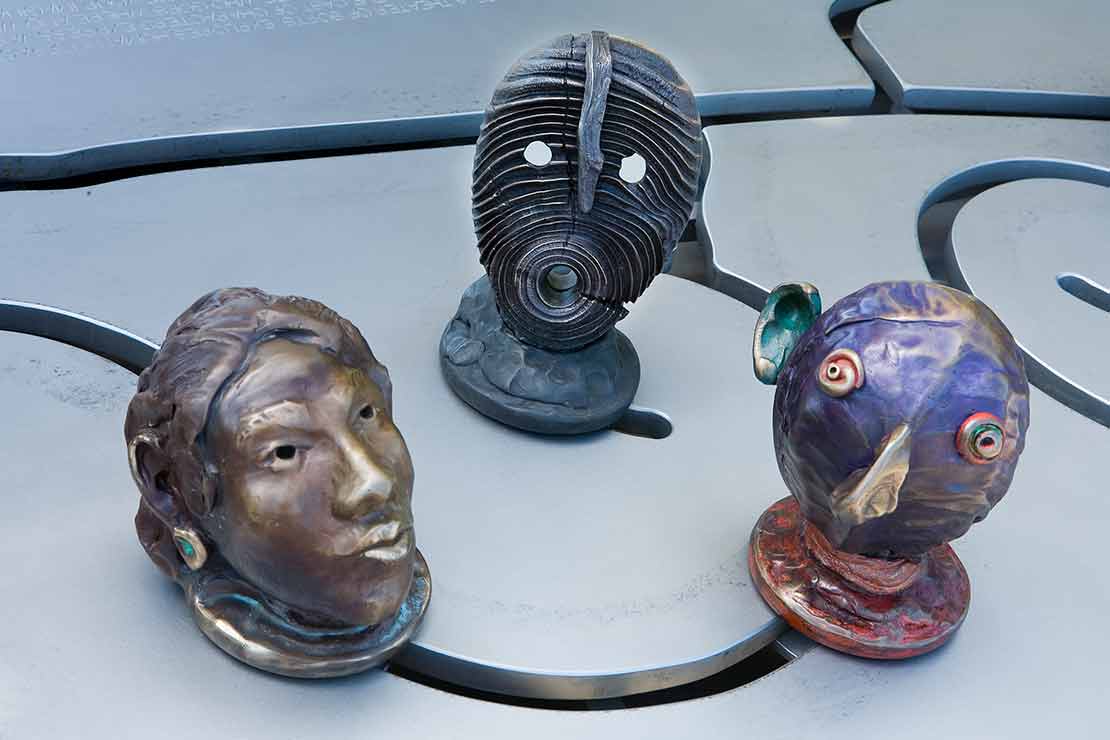 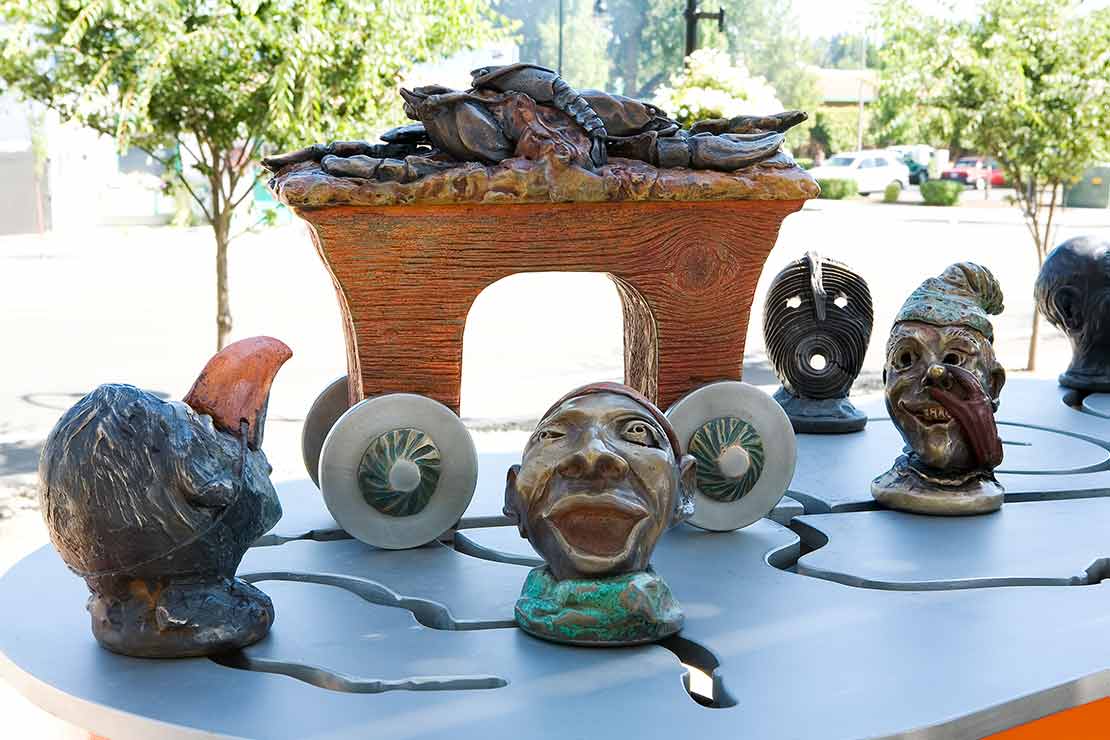 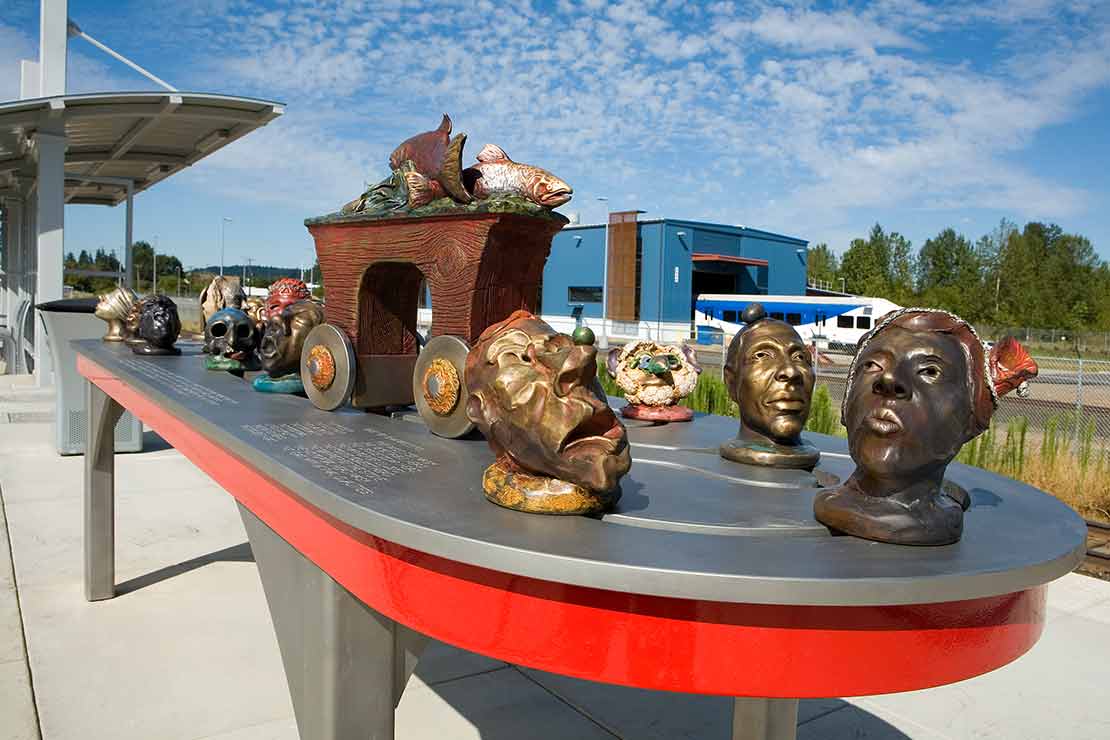 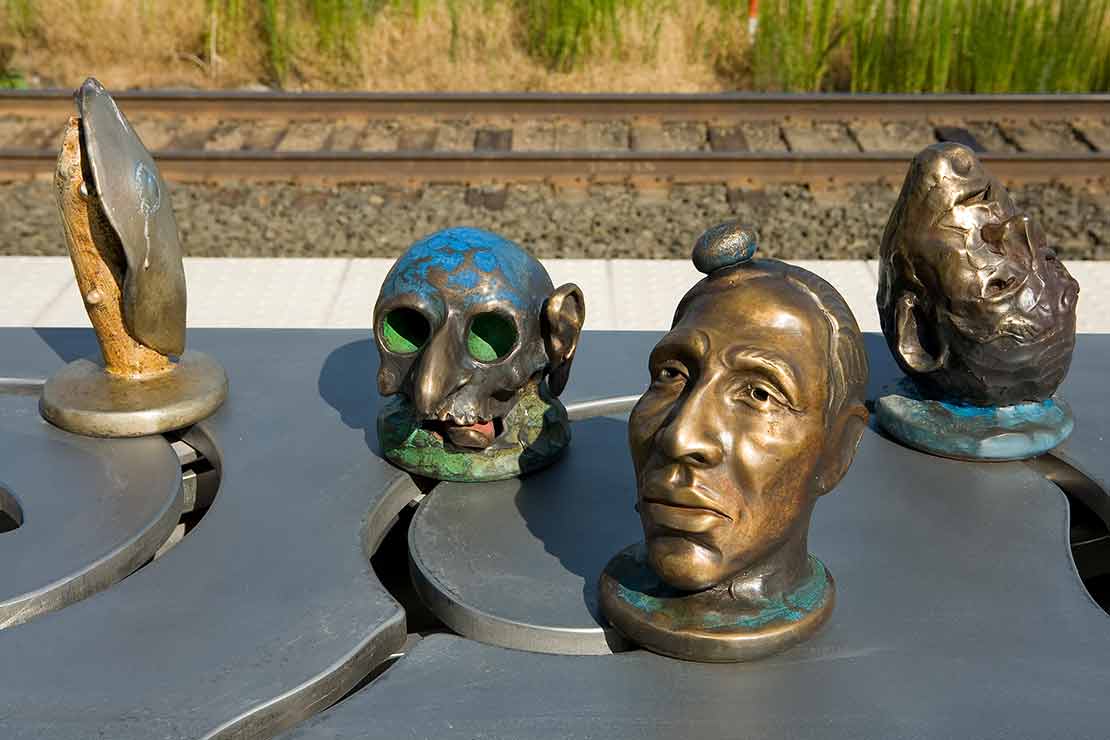 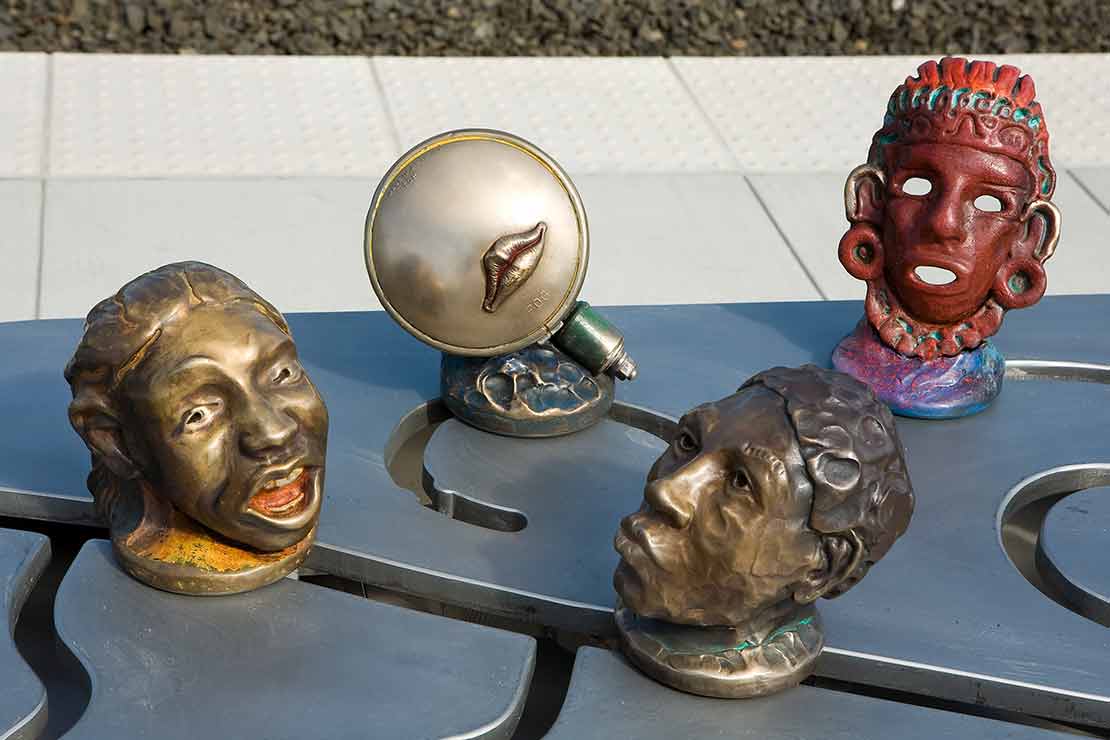