The 15-mile project will improve bus service in this corridor by providing:

Expanded bus stations with amenities such as weather protection

These improvements will reduce travel times up to 20 percent, with buses running every 12 minutes and more often during peak hours.

The Division Transit Project connects Downtown Portland and Gresham via: 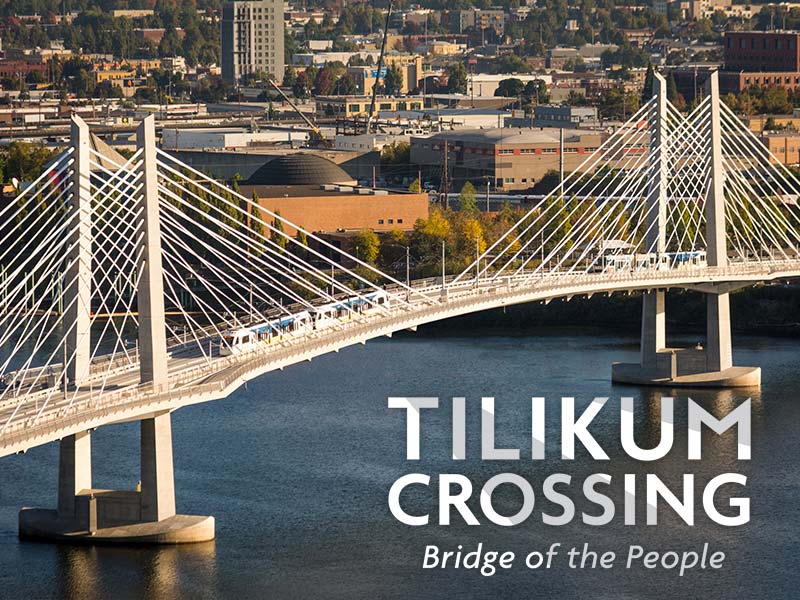 Since opening in 2015, Tilikum Crossing, Bridge of the People, has served as a vital cross-river connection for bus, MAX and streetcar riders, as well as pedestrians and bicyclists. The bridge, which has no car traffic and does not need to lift for ships and boats to pass under it, is the preferred river crossing for the project. Using Tilikum Crossing, the project will provide a transit link for a regional educational corridor, connecting Portland State University, Oregon Health & Science University, Portland Community College and Mount Hood Community College. This alignment also enables the project to utilize the transit-exclusive route from SE 8th Avenue and Division to SW Naito Parkway. TriMet continues to work with Union Pacific Railroad (UPRR) to further reduce UPRR train delays and improve travel reliability at the intersection of SE 8th Avenue.

Metro began planning for the project in 2014 by convening a project Steering Committee and holding a series of public open houses and meetings. The committee of key stakeholders and community members approved the project plan, formally known as the “Locally-Preferred Alternative,” in November 2016. This plan was unanimously approved by the cities of Gresham and Portland, the Multnomah County Commission and the TriMet Board of Directors. Metro transferred project leadership to TriMet on December 20, 2016.

The project, now led by TriMet, is in the construction phase through 2022. This phase will encompass the stations, adjacent crossings and modifications at major intersections along the route.

Initial construction began in late 2019, with service beginning in 2022.

Along with our regional partners, we are considering ways to improve safety for people traveling on and crossing Division Street. The Division Transit Project will include design elements such as improved pedestrian crossings at stations, and we will coordinate with other efforts, such as the City of Portland’s Safety Action Plan for Outer SE Division Street, to make Division safer for all users.

The project will include new 60-foot articulated buses, which have room for 60 percent more riders than our standard buses. These new buses will feature multiple-door boarding, allowing riders to board and exit quickly. And though they are longer than our current buses, these new buses are not wider, and can travel on the same streets.

In September 2019, TriMet’s Board of Directors approved a resolution to award the project’s bus procurement to Nova Bus. A pilot bus was delivered for testing in spring 2021.