With hot weather in the forecast, be sure to stay hydrated, plan ahead and check trimet.org before you go. All MAX lines slow to no faster than 35 mph in 100+ heat.

This bus line runs every 15 minutes or less most of the day, every day. More 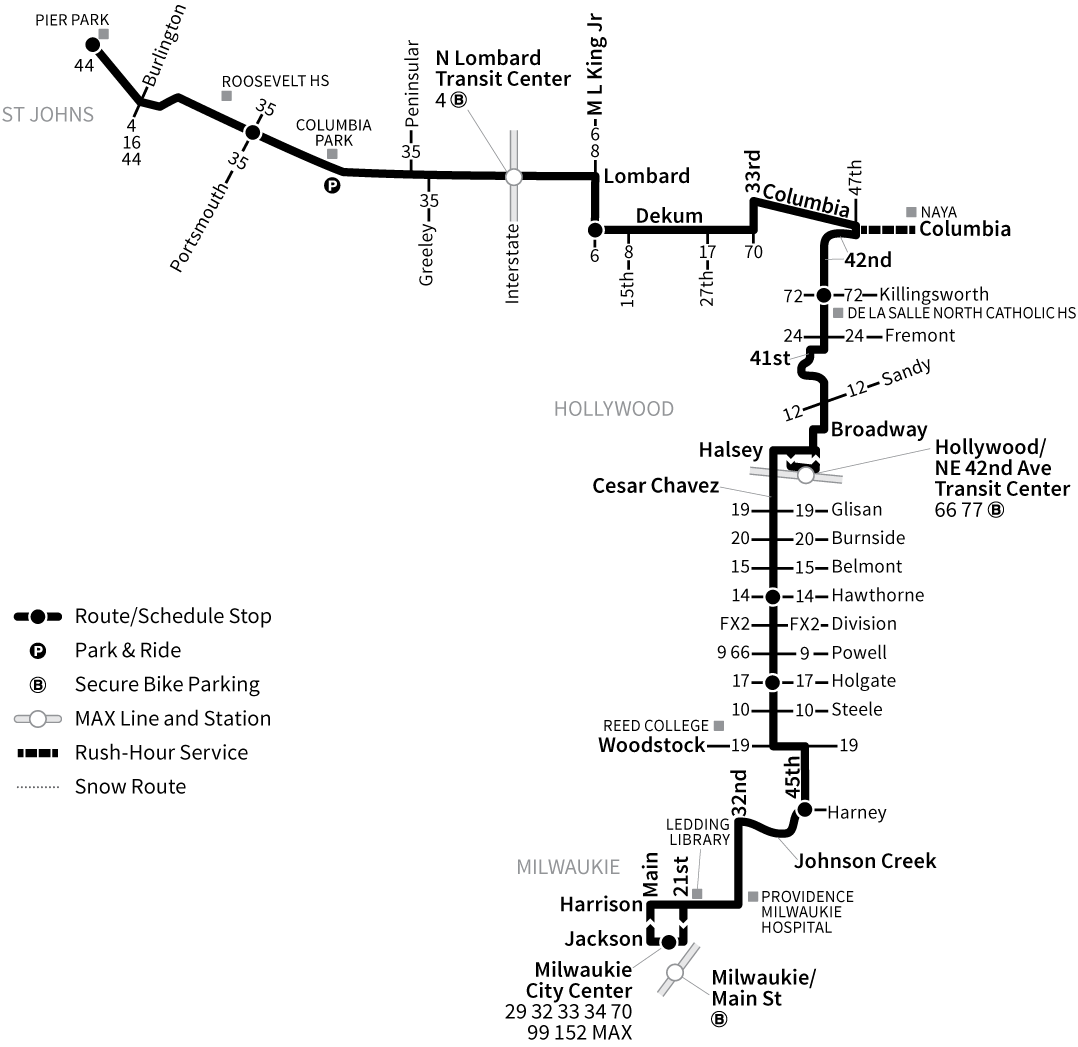 No service to the eastbound stop at N Lombard & Villard (Stop ID 3563) due to ADA ramp & bus pad installation.

No service to eastbound stop at N Lombard & Wabash (Stop ID 3564) due to ODOT Lombard project.

For trips to Milwaukie, no service to the stop at N Lombard & Fiske (Stop ID 3491) due to ODOT work. Use the temporary stop across Fiske.

No service to the southbound stop at NE 42nd & Prescott (Stop ID 7525) due to construction.

For trips to St. Johns, if construction is blocking the stops, no service between SE 32nd & Olsen and SE 32nd & Floss.

The elevator at the Hollywood Transit Center MAX Station is out of service. For help around this closure: More

Get Line 75 updates by email