TriMet’s executive team consists of the general manager, the chief operating officer and the executive directors of the agency’s divisions.

The team works together to deliver safe and reliable transit service for residents of Clackamas, Multnomah and Washington counties. The executive directors are responsible for the performance of their employees, their budgets and ultimately their division’s role in the overall performance of the agency.

“Forward momentum and leadership will be critical during this time of transition, and I will bring a community-driven and consensus-building focus. 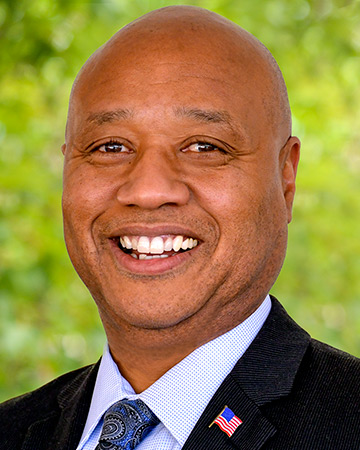 On June 23, 2021, TriMet’s Board of Directors appointed Sam Desue, Jr. TriMet General Manager. Sam previously served as TriMet's Chief Operating Officer since March 2019 and as Interim General Manager following the retirement of his predecessor in March 2021.

Prior to Kansas City, Sam directed transportation services at both Pierce Transit and Community Transit in Washington. He also oversaw ground transportation at SeaTac International Airport as well as operations at Seattle Monorail.

Sam is a staunch advocate for equity and social justice and he takes a hands-on approach to community building. He has a proven track record of forging strong relationships with community members, elected officials, and union leaders and strives to building trust, teamwork, diversity, inclusion, and equity.

Sam is a proud US veteran and served 10 years in the United States Army. He is supported by his loving family and is driven by a desire to connect underserved individuals to economic opportunities. 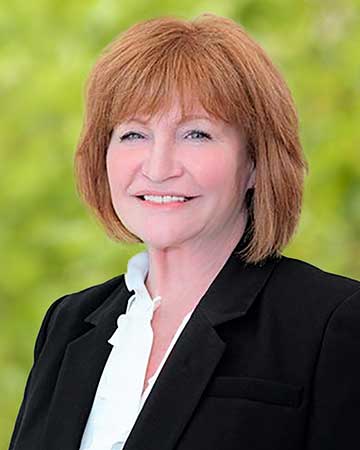 As a more than 30-year transportation veteran, Bonnie Todd brings to TriMet multi-modal transit experience and a proven record of safety, maintenance and customer-focused operational excellence. Prior to joining TriMet, she served as COO at the Jacksonville Transportation Authority. Bonnie’s history in transportation includes serving 12 years as the Executive Director of Operations at Sound Transit in Seattle, WA. Prior to that, she served as Chief of Safety and Security at Miami-Dade Transit where she developed and managed the comprehensive transit system safety and security programs. While there, she developed the nationally recognized Hurricane Manual for Miami-Dade Transit.

Bonnie also served as the Director of Rail Safety Audits Programs for the American Public Transportation Association (APTA) and began her transit career at Washington Metro in Washington D.C.

A United States Marine Corps veteran, Bonnie served as an avionics technician with tours of duty in Okinawa, Japan and Norfolk, Virginia. She holds a Bachelor of Science degree in Management from the University of Maryland, and a Master of Business Administration from Florida International University in Miami.

Originally from the Norfolk, Virginia area, Bonnie’s career has spanned both coasts. She is excited to be back in the Pacific Northwest and working to support the critical environmental efforts TriMet is championing to make the region the best place to live. 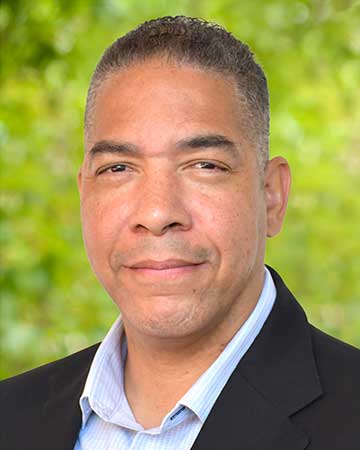 In this new role, John Gardner will help focus our efforts to advance policies and ensure agency compliance for inclusion, diversity, equity and accessibility (IDEA) initiatives.

John has championed these efforts at TriMet since December 2015, most recently as Director of Transit Equity, Inclusion and Community Affairs. During this tenure, he helped develop and launch TriMet’s highly successful reduced fare program for people with a low income, which has registered more than 42,000 participants to date. John strengthened our civil rights program, making it one of most sensitive in the nation. He has grown our relationships and partnerships with community-based organizations representing communities of color and low income, and he has worked to advance equity and inclusion internally.

John led our outreach and the coordination for our reimagining public safety initiatives. He has supported agency efforts to decriminalize fare enforcement and conduct analysis of our enforcement practices to ensure no systemic bias.

John also oversaw TriMet’s DBE program, working with Engineering, Construction and Planning leadership to achieve the largest-ever award of a construction project in the state of Oregon, the award of the Division Transit Project, to minority-owned Disadvantaged Business Enterprise Raimore Construction. 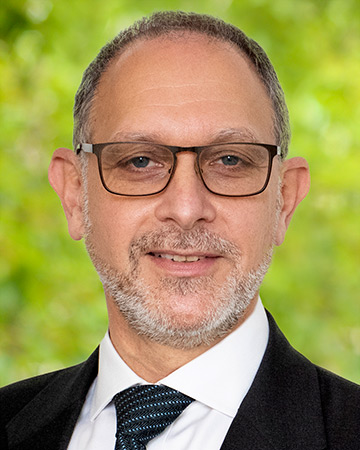 Ethan Benatan brings to TriMet more than 20 years of experience leading high-level IT functions and strategy. Ethan most recently worked for the State of Oregon as Modernization Director for the Oregon Employment Department for a year, and as Strategic Technology Officer for the state’s Enterprise Information Services for four years. While at the State of Oregon, Ethan led advancements in technology transformation projects and oversaw $500 million in statewide IT initiatives, governance and policy for agencies that serve more than a million Oregonians and employed more than 16,000 staff in the Health and Human Services sector.

Prior to working for the state, Ethan served in Chief Information Officer roles at Health Republic Insurance Company and at Marylhurst University. He also spent eight years as Director of Computer User Services at Reed College.

Originally from Pittsburgh, Pennsylvania, Ethan grew up in South Africa and travelled widely before coming to Oregon in 2002. He is passionate about promoting equity and has volunteered at EDUCAUSE, a not-for-profit organization dedicated to using information technology to advance higher education initiatives.

“I love that TriMet is all about connecting people with mobility options that invigorate this region and help keep it livable and sustainable for everyone. 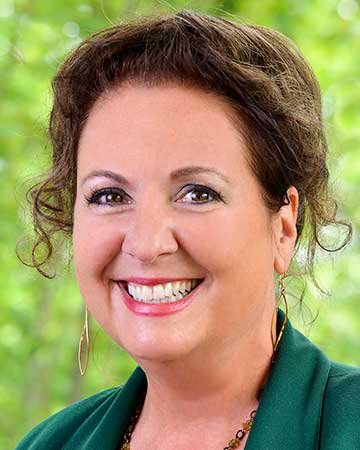 Shelley Devine joined TriMet in March 2008 as Senior Deputy General Counsel and was promoted to General Counsel in March 2014. In addition to advising the General Manager and Board of Directors, Shelley oversees the Legal Services Division, which includes litigation, real estate, records governance and transit-oriented development.

Before joining TriMet, Shelley spent a decade as in-house counsel for two national corporations headquartered in Portland — KinderCare and Hollywood Video. Prior to her in-house work, she was a litigation partner in the San Francisco office of a national law firm.

“A vibrant transportation system is the heart of a city; it builds community and provides opportunity for everyone. I am fortunate to be part of the TriMet team working to deliver safe and reliable service to our community. 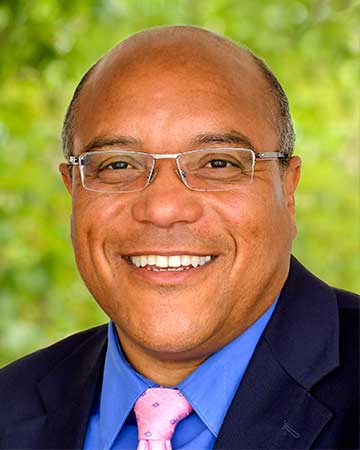 Roland has more than 30 years of expertise in business management, human resources, labor relations and organizational development. Before joining TriMet, he served as Assistant General Manager of Administration at Lane Transit District in Eugene, Oregon, where he directed the agency’s finance, administration, human resources and procurements departments, as well as managed its $185 million operational and capital budget. 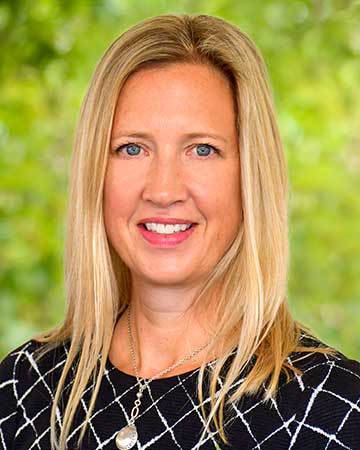 Kimberly Sewell has over 20 years of experience in law and labor relations. Formerly TriMet's Director of Legal Services, Kimberly has been with TriMet since 2002.

In her previous roles in the Legal Services Division, Kimberly has developed a keen insight and understanding of employment and labor laws. She worked closely with the Labor Relations team, representing TriMet before the Employment Relations Board, resolving grievances, interpreting contracts and participating in negotiations and mediations.

She has a J.D. from the University of Oregon's School of Law and received her bachelor's degree from Long Beach State University.

“I love the Portland region so much that this is my second time living here. The opportunities to live, work and play are boundless. Having TriMet connect all those wonderful things is why I work here. It’s an honor to be a part of this organization that works to serve the community and make this such a great place to live. 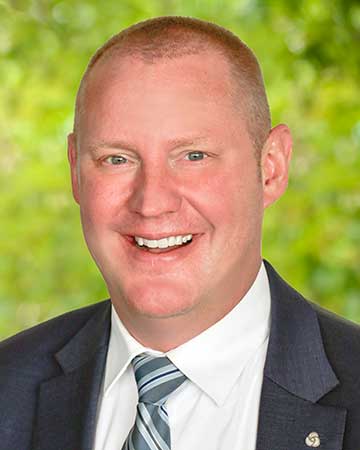 JC Vannatta is a familiar face at TriMet, having distinguished himself in a variety of positions within the agency over the course of 14 years.

Prior to serving in manager and director positions within TriMet’s Public Affairs Division, JC worked for the Regional Transportation Authority in Chicago, the financial and oversight body for the three transit agencies in northeastern Illinois. He also worked for the Chicago Transit Authority, in TriMet’s Capital Projects Division and in broadcast media. 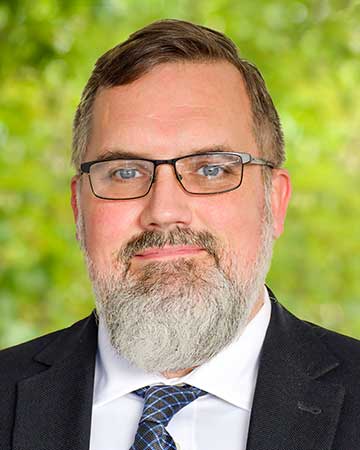 Andrew brings more than 20 years of risk management experience and an impressive TriMet history of leadership performance, fiscal responsibility and dedication to the safety and well-being of TriMet riders, employees and the public.

Prior to being appointed Executive Director of Safety and Security, Andrew served as TriMet’s Director of Risk Management where he supervised the liability claims team and served as the agency’s leading resource for risk analysis and insurance. In this role, he created TriMet’s first Enterprise Risk Register, developing a comprehensive online portal capturing hundreds of high impact risks and their associated mitigation strategies.

Andrew led a multidivisional group that completed TriMet’s first Carbon Audit, in support of the agency’s climate objectives, and headed up TriMet’s COVID-19 response during part of 2020. He also served as the interim Director of Safety and Environmental Services in 2021.

Andrew completed the ENO Transit Executive Program in 2018. He received his Bachelors in History, Political Science and Peace Studies from George Fox University and his Masters in History from the University of Manchester, United Kingdom.

“I am honored to serve TriMet in the capacity of Executive Director/CFO of Finance and Administrative Services and am excited for the opportunity to further our mission in moving people in our community. 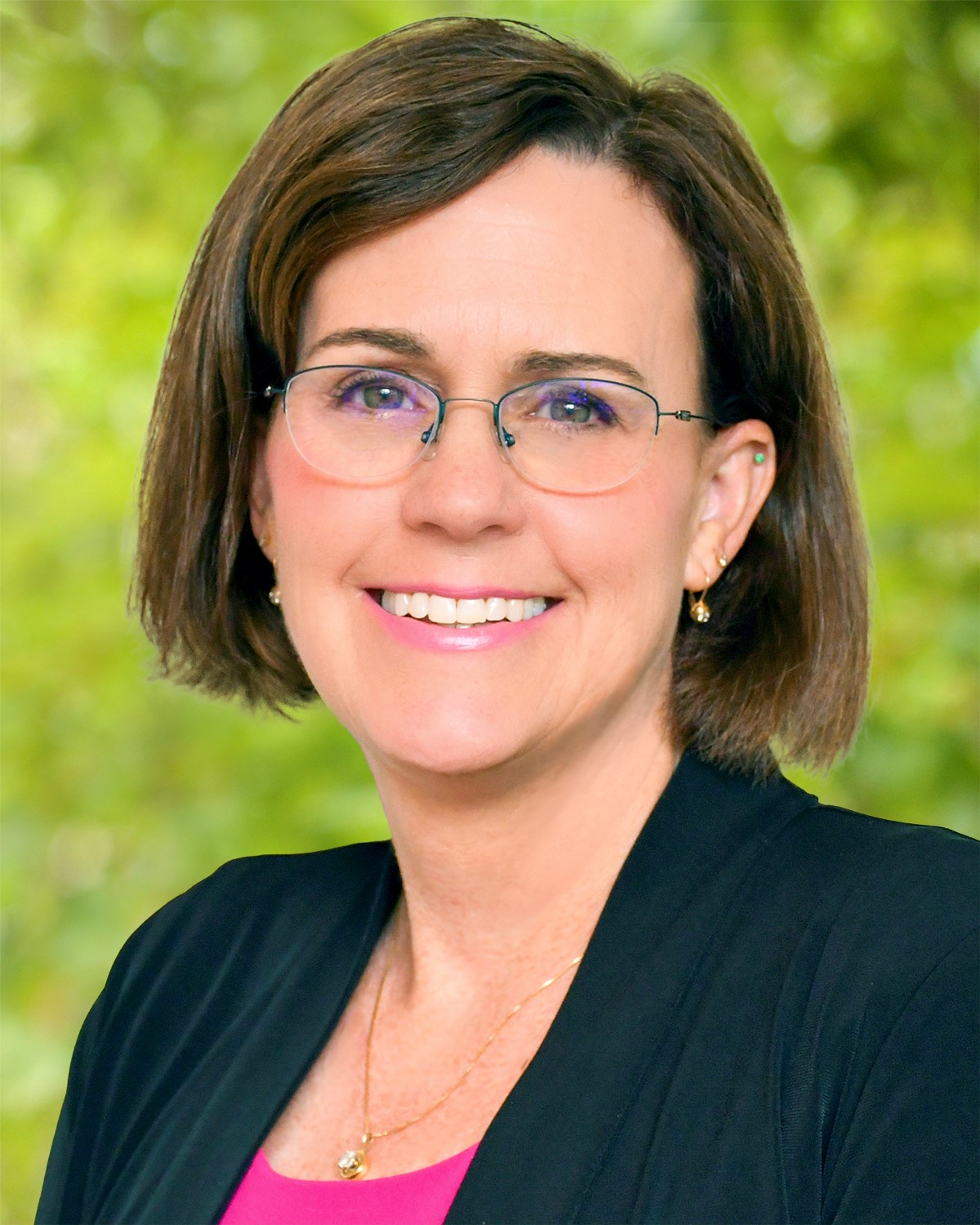 Nancy Young-Oliver, who has been TriMet’s interim Executive Director/CFO of Finance and Administrative Services since the end of May 2022, has been promoted to officially take over the position.

Nancy has been with TriMet for more than seven years, serving as the Director of Budgets and Grants. She has overseen TriMet’s annual financial planning and budget development, including developing TriMet’s $1.9 billion fiscal year 2023 budget, which went into effect July 1, 2022. Under her leadership, TriMet’s budget team redesigned the TriMet budget format to add communication about agency priorities, planning and achievements. With that, TriMet received our first Distinguished Budget Presentation Award from the Government Finance Officers Association for the fiscal year 2020 budget, and we’ve continued to receive the award annually.

Nancy has also been responsible for TriMet’s debt management, performance reporting and analysis, fare revenue analysis and grants administration. She oversaw the issuing of TriMet’s first sustainability bonds, in October 2021, to fund projects that bring environmental and/or social benefits. The sustainability bonds proved so popular with investors that there was more demand than supply. The bond sales generated $200 million in new money to fund capital projects, including A Better Red: MAX Red Line Extension and Improvement Project and renovations at our Powell Operating Facility to prepare for the return of articulated 60-foot buses and our growing electric bus fleet.

Nancy spearheaded the creation of TriMet’s Clean Fuel Credits program in 2020 as part of Oregon’s DEQ Clean Fuels Program. The program is designed to reduce the carbon emissions produced by the state’s transportation fuels by 10% by 2025. Nancy has led negotiations for the sale of TriMet’s Clean Fuel credits to outside parties, which has resulted in an annual increase of $1.5 million in miscellaneous revenue.

Prior to TriMet, Nancy worked at Moss Adams, LLP and the Oregon Secretary of State Audits Division, leading audits and fraud investigations. She currently serves as the chair of the Oregon Board of Accountancy.

Nancy met her husband Tony in a bicycle shop and married him one year later in that very bicycle shop. They both commute by bike and spend their free time cycling, especially on vacations.

To reach a member of TriMet’s executive team, contact: