Electric powered Interurban passenger rail got its start here in 1892, when the East Side Railway Company constructed the first long-distance interurban passenger line on a sixteen mile route between Portland and Oregon City. In 1905 the line was extended eastward to Gresham, Boring, Estacada and Cazadero. In 1911 another line to the north was pushed through Gresham and on to Bull Run.

By 1906 the entire system of streetcar lines and interurbans had been consolidated into one company called Portland Railway, Light and Power Company. It operated a total of 28 streetcar lines. During the heyday of interurban operations, the company had as many 254 trains running daily on all of its lines. 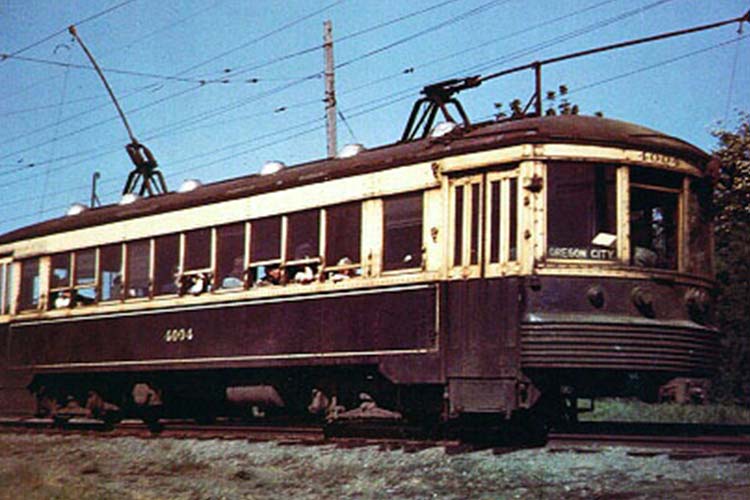 By the 1920s the company, now called Portland Electric Power Company (PEPCO), was losing riders to the rising popularity of the automobile. In 1930, after steady declines in ridership, passenger service to Bull Run was discontinued. In 1932, passenger service on the Estacada line was cut back to Gresham. By 1938 passenger and freight business had fallen off to the point where the company felt it necessary to petition for complete abandonment of the lines to Gresham and Oregon City. Passengers, shippers and Pepco’s 90 employees joined forces to resist the closures. Passengers agreed to ride more often, shippers pledged to ship more goods and Pepco employees agreed to accept a portion of their wages in promissory notes. At the end of a 90 day trial period the results of these efforts coupled with schedule and fare adjustments improved the financial picture and the lines continued operating. 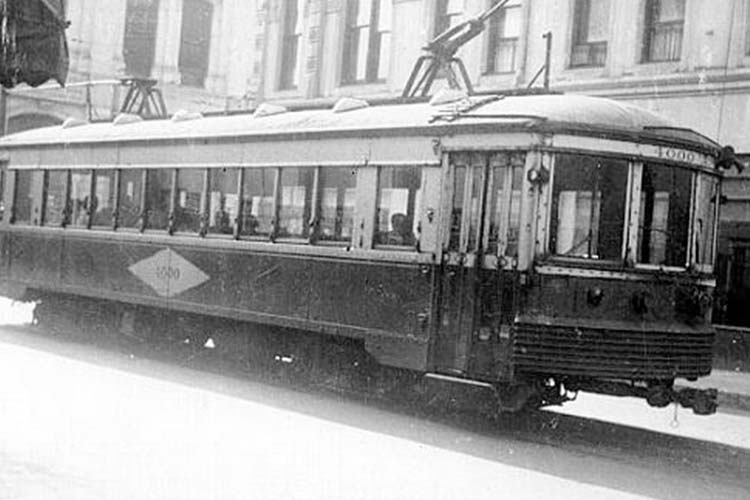 Soon after, six high-speed suburban cars from the Indiana Railroad were purchased and put into service on the Oregon City lines. With the acquisition of these new cars, the company changed its color scheme from maroon and cream to blue and cream. Later, another change was made to orange and cream.

During World War II, ridership grew due to increased shipyard activity and wartime rationing. The number of cars increased from 8 to 15, with a total of 22 cars available for service.
In 1947, three Master Units were purchase from the Yakima Valley Transportation Co. and immediately put to work. By 1951 all city streetcar operations had been abandoned, but Portland Traction’s two remaining interurban lines were still profitable. Those lines were to continue operating until January 1958, when the last of the electric powered rail passenger routes were abandoned.

History of other lines

Southern Pacific Railway operated the “The Red Electric” cars, which ran in four-car trains. Constructed of steel, these sturdy cars were painted bright red and sported three round porthole-like windows across the front. The round windows were included as a safety feature for motormen in case of an accident. Service started in 1914 with a line west from Portland to Whiteson and Hillsboro. 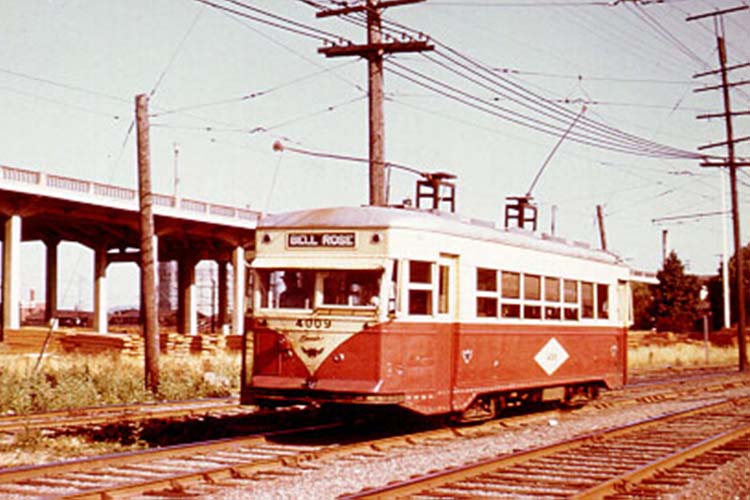 Ex-Yakima WA “Master Units” built by the American Car Company in 1930. The car pictured above is bound for Bellrose, the eastern terminus located at what is now 136th Avenue.

In 1918 a line began operating between Portland, Lake Oswego, McMinnville and Corvallis, a total of 86 miles. Running time between Portland and Corvallis was 3 hours and 15 minutes, including station stops. By 1920, the system had reached the zenith of its operations, with 32 trains entering and 32 trains departing Portland daily. Top speed on the lines was 55 mph. 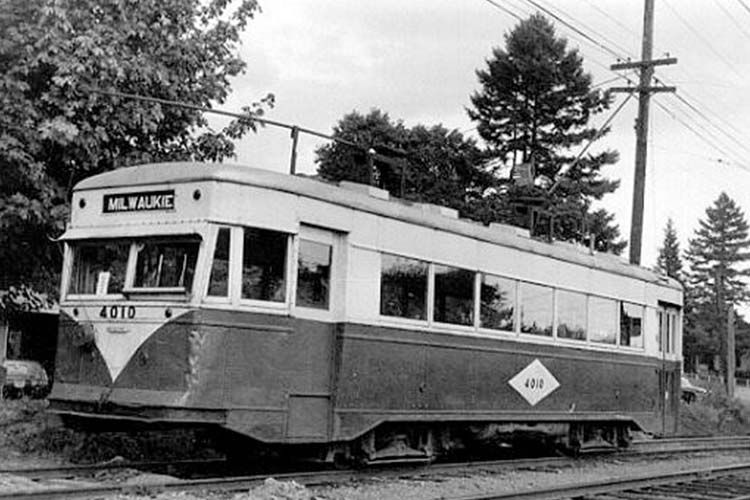 Car #4010 is southbound towards Milwaukie, on the Oregon City line.

Trains left Union station in downtown Portland and ran south on Fourth Avenue. Just south of Portland, the single line divided, with one line going south to Corvallis and other heading west to Hillsboro and Forest Grove. By the late 1920s highway improvements and increased access to automobiles brought an end to Red Electric service. The last Red Electric ran on October 5, 1929.

In 1908 Oregon Electric Railway opened a route from Portland to Salem. Later that year a branch route was built to Forest Grove. The southern portion of the line was extended to Albany and Eugene in 1912. In 1913 a short branch was constructed from Gray (south of Albany) to Corvallis. 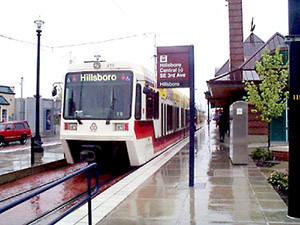 Third and Washington in Hillsboro…now and then.

Between Beaverton Central and downtown Hillsboro TriMet’s MAX line runs on the old Oregon Electric right of way. Portland’s Westside light rail system even retains the names of three of Oregon Electric’s station names: Elmonica, Quatama and Orenco. The Oregon Electric Railway’s station at third and Washington streets in Hillsboro stood on the same site where TriMet’s Hillsboro Central MAX Station now stand, but the two stations’ functions were quite different. The OE station functioned as an intercity rail passenger terminal, while the MAX station is designed for local commuter traffic. 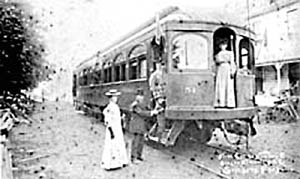 The old interurban at 3rd & Washingtion street in Hillsboro.

Throckmorton, Harold L. (1962). The Interurbans of Portland, Oregon: A Historical Geography [A thesis presented to the Department of Geography and the Graduate School of the University of Oregon in partial fulfillment of the requirements of the degree of Master of Arts, June 1962] Eugene, OR: University of Oregon.