Masks are now optional on our buses and trains due to a change in federal law, but the CDC does recommend continuing to mask up on transit. We know our riders have mixed feelings about the mandate ending. Some people may continue to wear a mask for added safety, while others may choose not to. We ask everyone to be respectful of others' masking choices. More

A History of Public Transit in Portland

It’s a meet! Two electric streetcars meet a cable car (foreground) at SW Jefferson and Chapman (now 18th) Streets. Passengers transferred to the cable car for the trip up the trestle to Spring Street.

Here are some important dates from the complex and colorful history of Portland’s public transportation system:

Just 21 years after Portland is officially founded, the city’s growth prompts the need for a public transportation system. Portland’s first trolleys, brought by steamer from San Francisco by Ben Holladay, were horse and mule drawn, operating on First Avenue from Glisan to Caruthers. 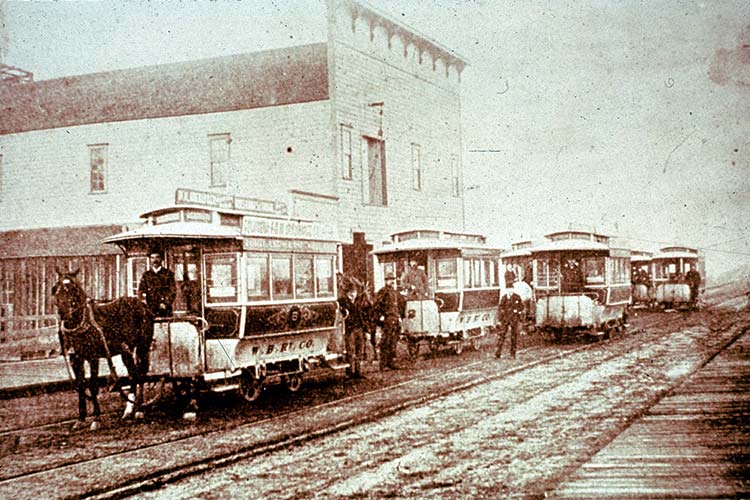 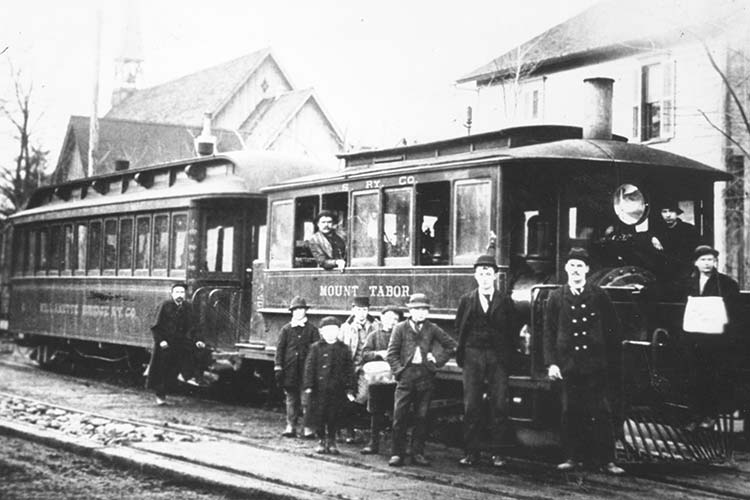 Installed by land developers to promote new subdivisions, a network of streetcars eventually extended out to the city limits in all directions. 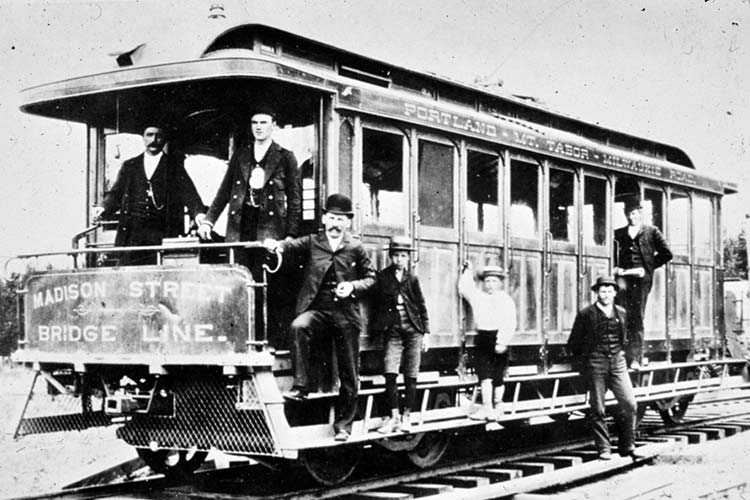 An era of major trolley line expansion began that included new lines on the east and west sides of the Willamette River. Several trolley companies provided service, with the first electrified streetcar service beginning by the Willamette Bridge Railway Company in the Albina area. The first cable cars were operating on Fifth Avenue. Fares were five cents.

A 16-mile interurban electric railway and high-voltage transmission line was constructed from Willamette Falls in Oregon City to Portland—one of the first attempts at long-distance electrical transmission. The East Side Railway Company, incorporated in 1891, operated one of the nation’s first interurban electric railways along the alignment. The company carried both passengers and freight. Other interurban lines followed, connecting Portland to its suburbs and outlying towns. 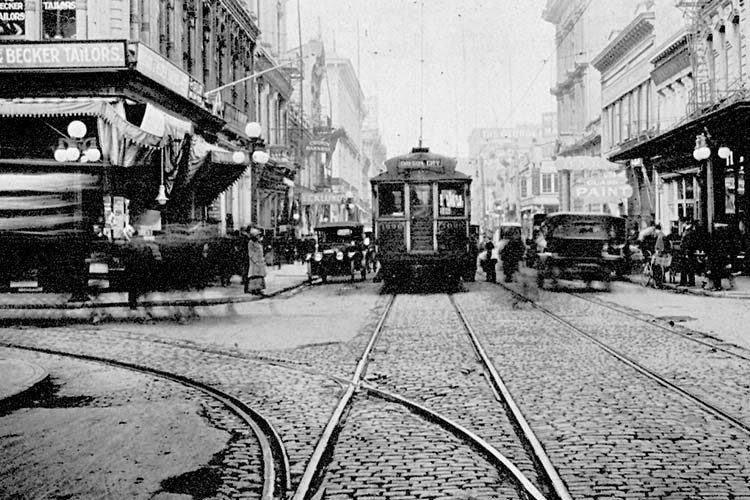 The East Side Railway Company, with its electric passenger/freight railroad service, was sold in foreclosure—resulting the formation of a new company, the Oregon Water Power and Railway Company.

Just prior to the Lewis and Clark Exposition, the electric streetcar was reintroduced on the Council Crest line. The car operated on Washington Street to 23rd and south along Ford to Patton Road.

Portland Railway and City & Suburban merged and were sold to the Clark Family of Philadelphia and Seligman Company of New York for $6 million.

Interurban railway service now extended from Vancouver south to Eugene and Corvallis, and from Gresham and Troutdale west to Forest Grove and McMinnville. Meanwhile, the “Good Roads” movement gained momentum, and Oregon embraced the automobile — becoming the first state to pay for roads with a gas tax. 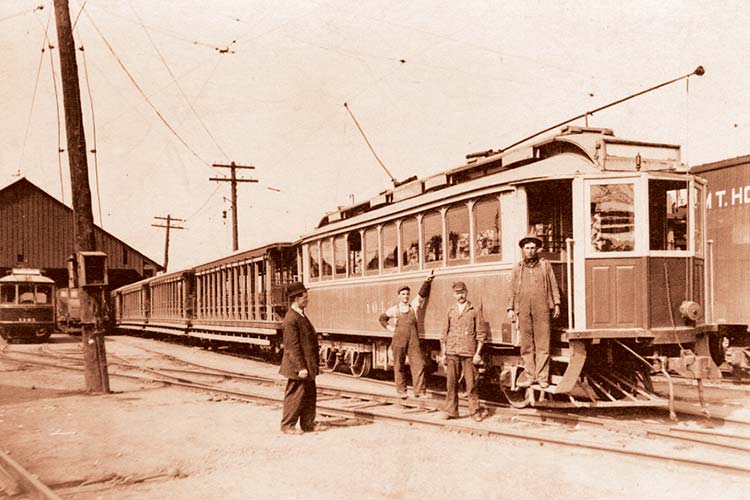 Portland’s population reached 257,490 as rail transit ridership began to peak. New residential areas and suburbs sprang up along the rail lines, making Portland the center of one of the largest urban rail systems in the West.

After World War I, streetcars began to feel the pinch from the automobile. 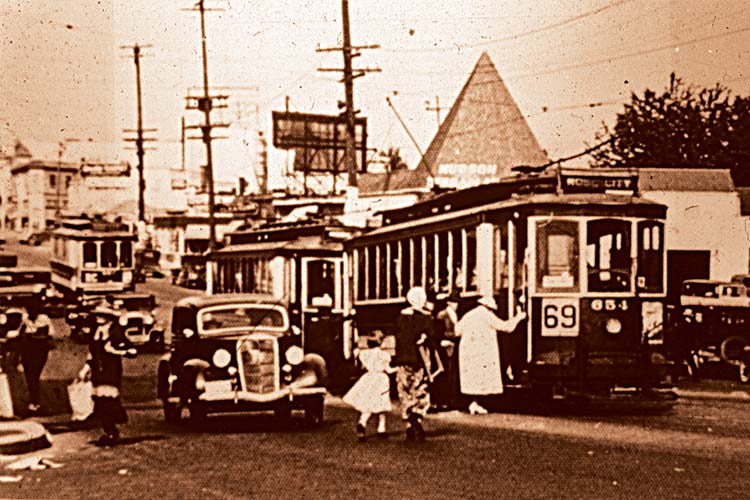 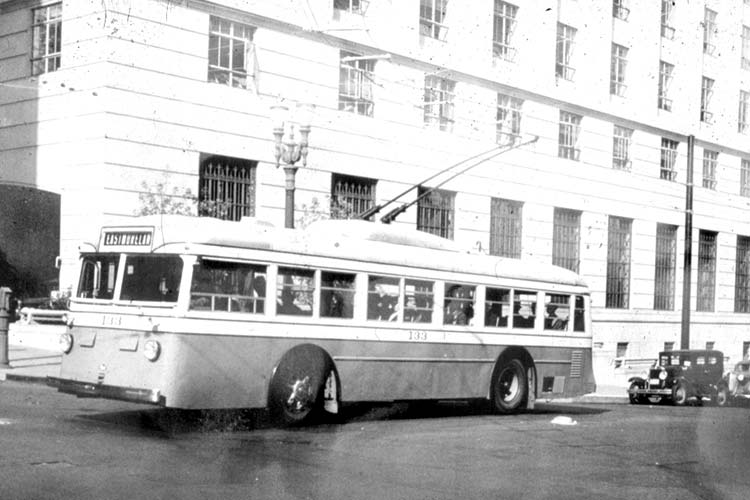 Portland-area transit ridership peaked at an all-time high during World War II, due in part to the limited availability of automobiles and Portland’s extensive transit infrastructure, but changes were coming. 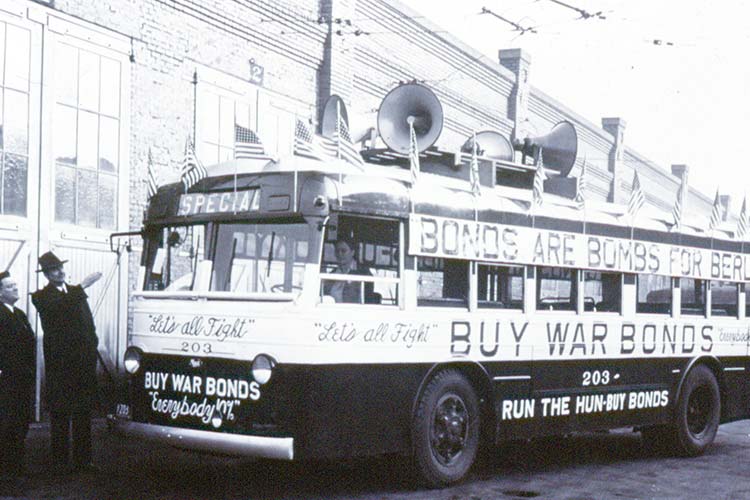 The Council Crest, Willamette Heights and 23rd Avenue streetcar lines ceased operations as ridership dropped sharply after the war. Two cars were preserved by the Oregon Electric Railway Historical Society and the City of Portland. As the Portland region continued to grow, the new suburbs beyond the old transit network became increasingly dependent on automobiles; traffic congestion soon became a concern. 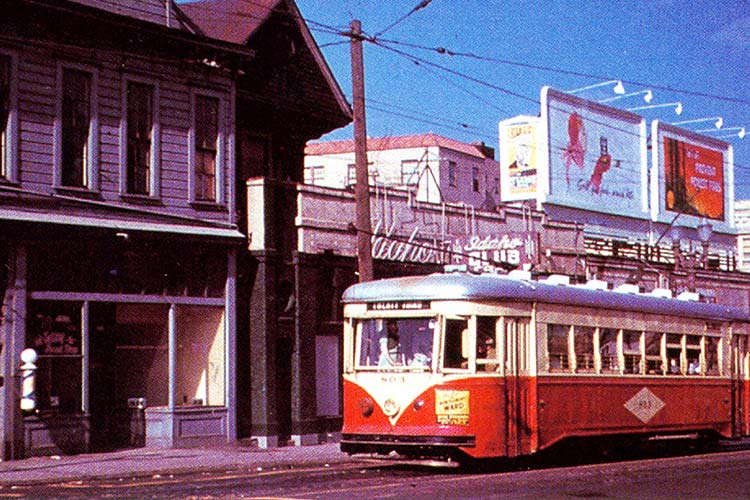 The pioneer interurban electric rail line to Oregon City and the trolley buses died out as ridership declined to less than a fifth of its wartime level. The transit system now consisted of seven companies operating buses fueled by gasoline.